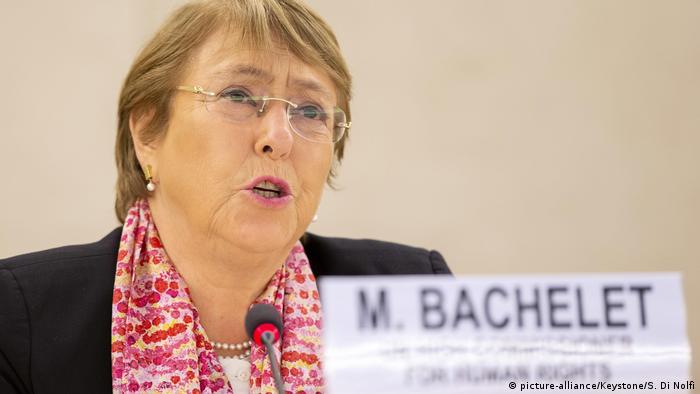 Michelle Bachelet, the former Chilean president, told journalists in Geneva that authorities should also investigate some 2,000 complaints of torture or ill-treatment in custody.

She was that the situation in the country was "deteriorating" and that more than an estimated 900 people face criminal charges.