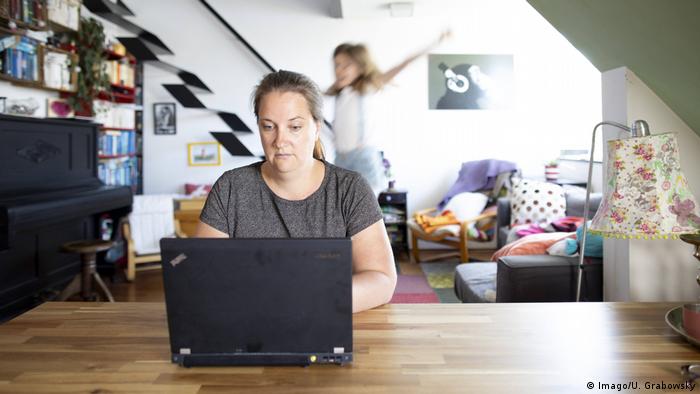 The coronavirus pandemic has not only upended social life across Europe but dramatically changed the way people work. With ever more people working from home  — roughly a third of all employees within the bloc according to the Associated Press (AP) — and needing to be constantly reachable, the boundaries between work and private life have become increasingly hazy.

On Wednesday, EU lawmakers passed a non-binding resolution arguing that individuals have a fundamental "right to disconnect." The European Parliament Employment Committee voted 31-to-6, with 18 abstentions, in favor of allowing people to take time off and urged the European Commission to create rules that "catch up with the new reality" of work, according to Alex Agius Saliba, the Maltese Socialist politician who spearheaded the resolution.

"After months of teleworking, many workers are now suffering from negative side effects such as isolation, fatigue, depression, burnout, muscular or eye illnesses," said Saliba, adding: "The pressure to always be reachable, always available, is mounting, resulting in unpaid overtime and burnout."

The committee measure must now be approved by the full chamber before it can be submitted to the Commission and EU member state governments for a vote.

Lawmakers in favor of the resolution say the need for employees to be available via smartphone or e-mail around the clock is detrimental to mental health and well-being and that workers should be allowed to be offline without suffering employer retribution as a result.

The resolution comes just days after Germany's coalition government announced it is considering across-the-board tax breaks for individuals working from home. The new legislation, which is expected to be passed by Germany's Bundestag parliament, would allow workers to write off €5 ($6) per day to offset extra heating and electricity costs. The maximum amount that can be written off for the year will be capped at €600.

German Finance Minister Olaf Scholz of the coalition Social Democratic Party (SPD) called the proposal, "good for workers," and noted the measure would not present "a big fiscal challenge."

To date, workers in Germany can only write off work costs at home if they can prove they have one room in their household dedicated solely to work.

With the coronavirus forcing a mass exodus out of offices and into improvised work situations at kitchen and dining room tables, the tax proposal provides a "flexible answer" to a new reality, according to parliamentarian Sebastian Brehm, a tax advisor from the conservative Christian Social Union (CSU), the Bavarian sister party to Chancellor Angela Merkel's Christian Democratic Union (CDU).

Brehm says existing law, "no longer correlates to today's working world." Though approval of the scheme is expected, it remains to be determined whether this new tax break would come out of, or be on top of Germany's existing €1,000 employee tax deduction for transportation and other necessary work items.