EU Plans Ban on Animal Testing for Cosmetics | News and current affairs from Germany and around the world | DW | 16.01.2003

The European Parliament has passed a law banning the sale and production of products tested on animals. Observers believe it will soon be approved in Brussels too. 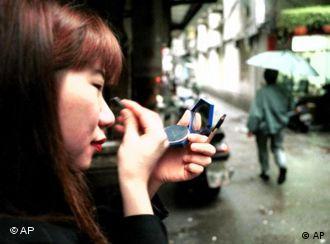 The European Union on Wednesday passed a new law outlawing the sale of cosmetic products that have been tested on animals, regardless of whether or not they have been produced in the EU.

Starting in 2009, the majority of the tests conducted on animals to ensure the safety of cosmetic products -- ranging from deodorant to hand cream and lip sticks -- will be outlawed, with companies forced to use the alternative methods.

For those remaining tests where no alternative has been developed yet, companies will be given a grace period until 2013.

The new law cements a compromise reached by EU member states in the European Council last November. However, because the European Parliament has no binding legislative powers, the law now requires formal approval by the Council of Ministers.

Parliament passed the law despite fears the move would put trade at risk between the EU and countries that continue to produce cosmetic products still tested on animals. However, EU Commissioner Erikki Liikanen assured the parliament the new law would not pose a problem.

“The solution found offers a genuine benefit for animal welfare while safeguarding consumer health protection and our international commitments,” Liikanen said at a session of parliament on Wednesday.

But the cosmetics industry is unconvinced. “We don’t know what the reaction of the Americans and Japanese will be,” Anita Colman of Colipa, the European Cosmetic Toiletry and Perfumery Association, told Reuters.

“A step in the right direction”

But animal rights campaigners -- who say 38,000 animals die needlessly in cosmetic testing each year -- were pleased by the news, although they remained critical about the delay before the new law can come fully into force.

“It’s a small step in the right direction, although the phase out (of testing on animals) till 2009 is ridiculously long, given all the effective alternative that exist right now," Sean Gifford, Director of Campaigns for the European chapter of People for the Ethical Treatment of Animals, told DW-WORLD.

"We have safe, effective and reliable non-animal tests that over 600 cosmetic companies around the world already use. Companies like Avon and Estée Lauder already test using cell cultures, tissue cultures, corneas from eye banks and even human clinical studies,” he said.

The new directive also bans substances classified as carcinogenic, mutagenic or toxic in the production of cosmetic and forces cosmetics firms to label products more comprehensively.

In future, if your mascara or lipstick contains any substance which could induce an allergic reaction, it will be on the label. But additionally, firms will have to give their products a “use-by” date, indicating to consumers how long they can use a product before it becomes dangerous.