Germany dismissed an even higher target demanded by the European Parliament as unrealistic. But Europe's biggest member state did not get exactly what it wanted in the negotiations in Brussels. 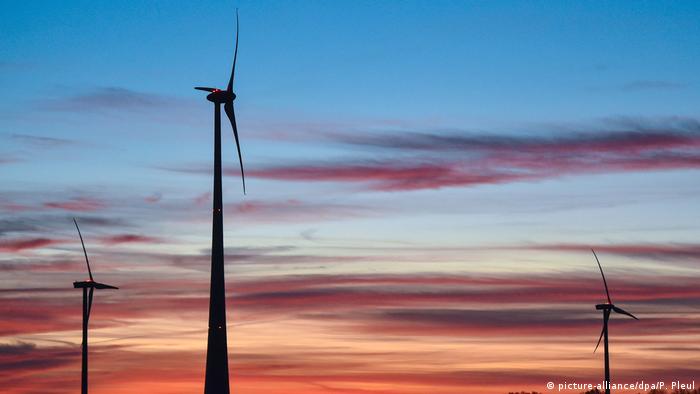 The European Union agreed on Thursday to increase the share of renewables in the bloc's energy mix to 32 percent by 2030 after Germany blocked earlier efforts to set an even higher target.

"This deal is a hard-won victory in our efforts to unlock the true potential of Europe's clean energy transition," EU Climate Commissioner Miguel Arias Canete wrote on Twitter.

Negotiators from the EU member states and the European Parliament also agreed to phase out the use of palm oil by 2030 and ease regulations on smaller renewable energy producers. Member states did not agree to the parliament's demands to set an energy efficiency target.

Not quite what Berlin wanted

The parliament and some member states had called for a 35 percent renewables target in response to an early draft that included a 27 percent target for the share of wind-, solar-, water- and biomass-based energy in the EU's energy mix.

But German Economy Minister Peter Altmaier rejected the higher target as unrealistic and called for a compromise of 30 percent. Germany still depends heavily on coal for electricity production. Germany on Wednesday announced it would not meet its 2020 climate protection goal.

The European agreement does, however, allow the bloc to revise the target upward in 2023. "The agreed 2030 binding target of 32 percent should be seen as a starting line for the race to greater ambition," said Wendel Trio, director of Climate Action Network Europe.

As part of the 2015 Paris Agreement, the EU is trying to reduce its greenhouse gas emissions by at least 40 percent in 2030 compared to 1990 levels. It has already set itself the goal of increasing the share of renewables to 20 percent by 2020.

Renewables currently make up 17 percent of the bloc's energy mix.