Even peace in Syria won't put an end to the unprecedented flow of migrants into Europe, the EU's foreign policy chief, Federica Mogherini, has said. Refugees will simply continue coming from other regions. 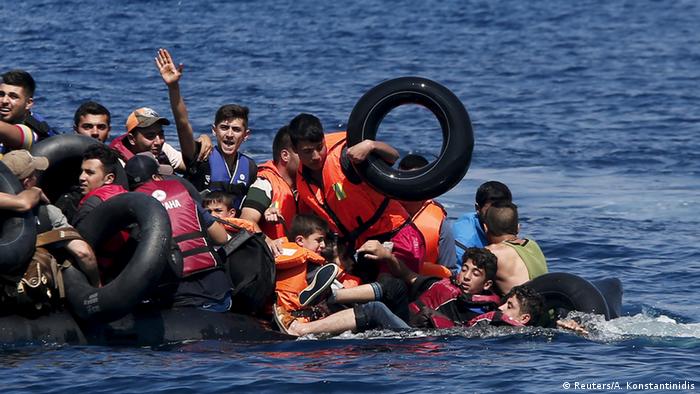 "Let's not delude ourselves. Today, Syria is in a prominent position, with 4 million refugees abroad and 8 million displaced on Syrian territories. But beyond Syria, there is a world of wars, famine and misery," Mogherini told the Italian "La Repubblica" newspaper on Friday.

Amin Awad, the UNHCR's regional coordinator, concurred. He said Friday that he did not expect the flow of migrants to decrease, and warned that it could represent "the tip of the iceberg."

Thousands of people are fleeing a protracted war in Syria and heading to Europe via the Mediterranean Sea. The arrival of these refugees has sparked a refugee crisis unseen in Europe since World War II, with many governments imposing strict border checks to impede and manage the flow of migrants. Germany and other European countries have pledged to take thousands of asylum-seekers as a gesture of solidarity.

Of the 485,500 people who reached the southern European states since the start of the year, more than 182,000 people are from Syria.

"Even if by miracle we were to resolve tomorrow the Syrian problem, Libya would remain an open and uncontrolled corridor to Europe, at least until we manage to rebuild a state there. And beyond Libya, there is the whole of Africa," Mogherini added.

The EU foreign policy head said the 28-member bloc should reform its asylum rules just like it agreed on distributing 120,000 refugees earlier this week.

"We must treat the issue as a European problem. So we will move in this direction. We hope to be able to do it consensually. But using the instruments allowed by the EU treaty should not be a taboo," she said, alluding to the majority voting rule.