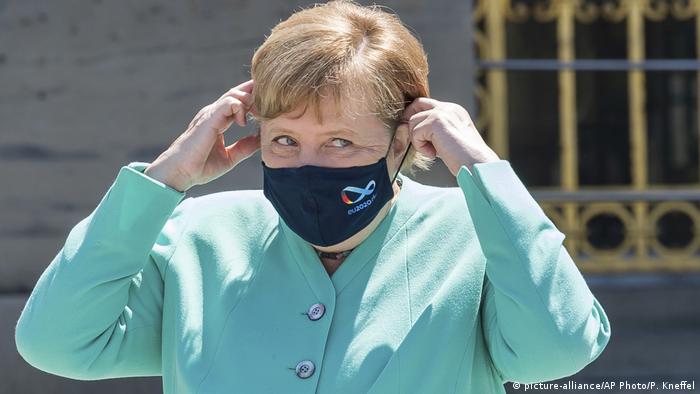 Ahead of a special European Union summit for leaders to agree on a €750-billion ($855-billion) coronavirus rescue package for the bloc, negotiations between member states remain deadlocked over non-repayable loans and conditions attached to aid.

The recovery fund, proposed by the European Commission in May, will be embedded within the next long-term EU budget and provides the bloc's coronavirus-battered economies, including Spain and Italy, much needed support to rebuild their public coffers.

But before the funds are released, all of the EU's 27 member states need to agree on the details of financing.

German Chancellor Angela Merkel and French President Emmanuel Macron have been among the staunchest proponents of the package, and were instrumental in getting it on the Commission's table.

Merkel has said this weekend's summit will be a "first try" for EU leaders to reach an agreement.

'Time is of the essence '

But countries waiting for aid say that getting a deal done quickly is critical. On Tuesday, Spanish Prime Minister Pedro Sanchez appeared with Merkel in Berlin as the two leaders met to prepare for the summit.

"We have to act swiftly, because history teaches us that the best reaction is not worth much if it comes too slowly," said Conte.

Germany currently holds the EU's rotating presidency, and a quick agreement on the plan would be a big success for Merkel. However, the chancellor was subdued in predicting a positive outcome over the weekend.

"It would be desirable to reach a quick result but I don't know whether there will be success on Friday and Saturday. Time is of the essence." Merkel said, adding that Germany would come to Brussels with a "willingness to compromise."

Currently opposing the deal are the "frugal four" member states, led by the Netherlands and also including Austria, Denmark and Sweden.

They want the rescue package to contain loans with tough conditions attached, such as pension and labor market reforms, rather than providing the aid purely as grants. The reconstruction plan currently includes €500 billion in grants and €250 billion in loans.

French President Macron, EU Council chief Charles Michel, and the prime ministers of Italy, Spain and Portugal have all held talks with Netherlands Prime Minister Mark Rutte recently, but the Dutch leader has yet to budge.

Rutte also met with Merkel last week, where he said he supported economic reconstruction, albeit tied to financial reform

On Tuesday, Rutte told the Dutch Parliament in The Hague that he was "not hopeful" that an agreement will be made at the summit in Brussels, adding that despite meeting with EU leaders, he was "quite gloomy about how things will go."

He also said the Netherlands should have the right to veto any aid grant if the country receiving aid does not carry out reforms.

"That's where the balance is," he said, referring to the negotiations. "You will have to find it. I'm not so hopeful about that at all."