After meeting Italian PM Giuseppe Conte, German Chancellor Angela Merkel has warned there is still work to do before a recovery deal is reached. She also decried the "alarming" Hong Kong crisis. 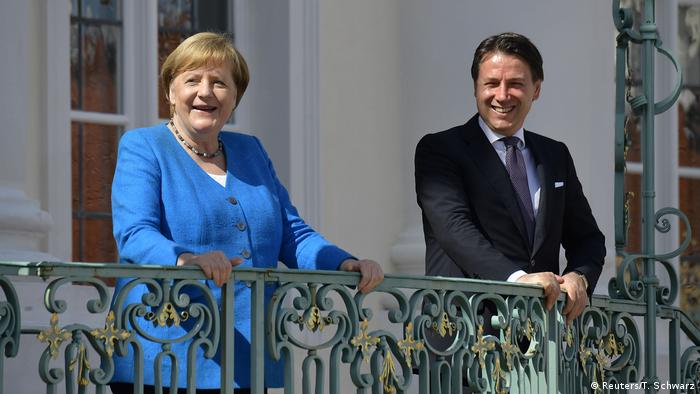 German Chancellor Angela Merkel said on Monday she could not be certain that EU member states would come to an agreement on a coronavirus recovery package sought by the bloc at a summit on Friday.

EU leaders are meeting to discuss the proposed multi-billion euro recovery fund but significant differences of opinion among member states are still evident, according to Merkel.

"The positions remain apart," Merkel said during a news conference with Italian Prime Minister Giuseppe Conte. "I can't say today whether we will reach an agreement on Friday."

Merkel said that "bridges still need to be built" between member states who are at odds over the stimulus fund and a second meeting may be required if this week's summit does not garner a consensus.

However, she did say that Italy and Germany broadly agreed on the package.

A large proportion of the stimulus would go to aid countries that were hardest hit by the coronavirus, such as Italy and Spain. However, some fiscally conservative EU countries — namely the so-called "Frugal Four," Austria, Denmark, Sweden and the Netherlands — oppose the plan because it would entail borrowing by the bloc as a whole for the first time.

Merkel also commented on the Hong Kong crisis in the aftermath of the new security law imposed by Beijing.

"It is an alarming development with regard to something that has always applied, which is 'one country, two systems.' And that is very much being questioned," she added.

Merkel was speaking to the media from the German government's guest house near Berlin alongside Prime Minister Conte, who called for "quick action," warning that indecision would cause long-term damage to the European economy.