The EU parliamentary elections are vulnerable to "fake news" and cyberattacks, the commission said. The EU has called on social media companies and member states to better fight online voter manipulation efforts. 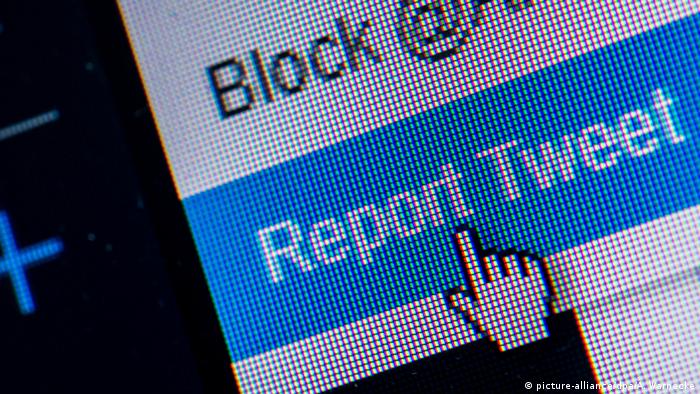 European Commissioner for the Security Union Julian King called on all European Union member states on Wednesday to take the threat of election meddling in the upcoming European elections seriously.

In particular, the EU security chief voiced concerns that foreign influence will be spread through social media, much like the cases of Russian meddling in the 2016 US presidential elections and the referendum on an EU agreement with Ukraine.

"All member states must take seriously the threats to the democratic process and institutions posed by cyberattacks and disinformation campaigns, and should have national plans to prevent them," King told Germany's Funke media group.

"We must prevent state and non-state actors from undermining our democratic system and using this against us," King said. He added that the manipulation employed by hackers who try to sway an election with targeted internet campaigns or the spread of so-called "fake news" can be subtle and very harmful.

Aside from urging member states to come up with plans of action against election meddling, the EU Commissioner insisted that online platforms like Facebook and YouTube should take responsibility as well.

"We want to see real transparency, traceability and accountability online," King said of the social media giants, urging them to improve efforts in identifying and deleting fake accounts that spread misinformation.

The 2019 European election is scheduled to take place in just 10 months. Experts worry that the magnitude of the vote, with 27 countries participating simultaneously, will increase its vulnerability.

They also fear that since many European citizens are unfamiliar with EU politics, they may be more susceptible to misinformation campaigns.

The EU is working to establish a Code of Practice for tackling online disinformation, with the collaboration of online platforms, leading social networks and the advertising industry. The European Commission hopes to adopt the code in September.

Cristina Tardaguila heads Agência Lupa, Brazil’s first fact checking agency. At the Fake News and Media Viability Conference in Beirut, she talked to her international counterparts about challenges in their field. (05.06.2018)

A French warning to Russia not to interfere in elections comes after cyberattacks against pro-European candidate Emmanuel Macron. The attacks are seen as a boon to right-wing candidates who support closer ties to Moscow. (15.02.2017)