The fight against fake news and a new global role as a European broadcaster post-Brexit were the talking points as DW marked its anniversary. On hand were Bundestag deputies from all parties and the German chancellor.

When Deutsche Welle began broadcasting in 1953, its task was infinitely simpler than it is today. What was once a German-only short-wave radio station has grown into a multimedia conglomerate that reaches more than 150 million people a week in 30 languages via TV, radio, the internet and social media. What's more, DW is charged not just with disseminating information but combating fake news, manipulation and outright lies throughout the world.

That was the tenor of German Chancellor Angela Merkel's keynote speech at Deutsche Welle's 65th anniversary celebration in Berlin on Tuesday.

"If we didn't oppose the distortion and fake news people try to promote, we wouldn't be far away from a situation in which the suppression and falsification of facts could be considered opportune," Merkel told journalists and parliamentary deputies. "That's why I would like to praise what you do."

Before her address, Merkel spoke with DW's Russian service, which has come up with a series of Internet videos designed to teach users, especially younger ones, how to recognize manipulated media content. One video illustrates how images of what was purported to be a Ukrainian missile strike was actually a failed rocket launch in Kazakhstan. The videos attracted 1.3 million hits in Russian in their first month online alone.

In an era where various forms of propaganda have seen a resurgence, the speakers repeatedly stressed that the voice of a state-funded, but not state-run broadcaster like Deutsche Welle, which is governed by the values of open, democratic society, is all the more important.

"In crises, wars and conflicts, people particularly turn to us," DW Director General Peter Limbourg said. "They know that they will be informed comprehensively, honestly and reliably. In the eyes of autocrats, we're dangerous." 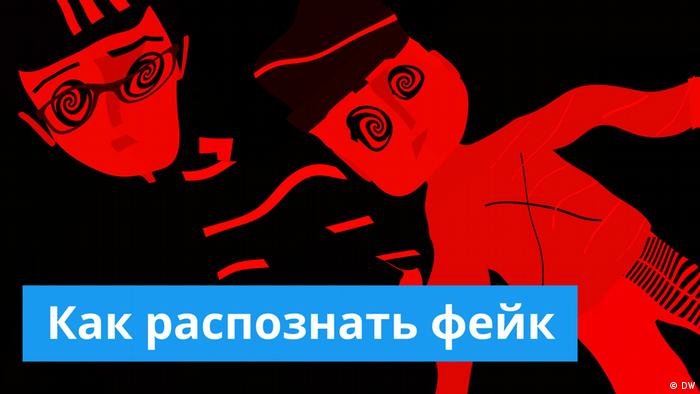 A European voice for the world

Both Merkel and Limbourg stressed that Deutsche Welle's prominence as a European broadcaster is set to increase as Brexit nears and the BBC, at least nominally, is no longer an EU broadcaster. DW has undergone a major reorientation in recent years, shifting focus to its English-language content and significantly expanding its reach across the globe.

One good example of this new style of journalism is "eco@africa," an environmental program that combines ecological problems and solutions from both Africa and Europe. The show is produced "on a level playing field" together with Nigerian and Kenyan partners, and it enjoys 9 and 6 percent ratings shares respectively in those countries. There are plans to expand it to include French and Portuguese versions as well.

"I think it's wonderful that you produce an environment show from Africa that also shows the African perspective on things," Merkel said.

Limbourg took the opportunity to try to drum up support for a Turkish-language DW TV service and had some harsh words for the current government in Ankara.

"We have to do more," Limbourg said. "In Turkey, this wonderful country to which we Germans have such a wide range of connections, there is no longer any freedom of the press. If we take our mission seriously, there is an urgent need for action here."

"DW stands for freedom of speech and the press, comprehensive research and quality journalism as well as independence from the state," said Federal Government Commissioner for Culture and the Media Monika Grütters. "I'm very proud of that."

The speakers also had words of praise for DW initiatives aimed at helping people around the world learn the German language online and for the DW Academy, which trains foreign journalists in Berlin and in their home countries.

Members of all of Germany's parliamentary political parties attended the ceremony, and representatives of all the longstanding parties also offered anniversary congratulations.

The speakers dwelt upon DW's role as the source of Western information in the time of the Cold War. Limbourg also clearly acknowledged DW's responsibility vis-à-vis the darker chapters in Germany's history.

"Part of German identity is remembering the murder of six million European Jews," Limbourg said. "We've reported on that a lot of times in the past and we'll continue to do so. Neither extremists nor nationalists are going to change out attitudes on this issue."

It was a timely reminder that challenges presented by jingoism, xenophobia and populism exist in Germany, too, and not just in other parts of the world.

For 65 years, Deutsche Welle has sought both to align itself with and to exemplify western democracy and internationalism. The current German government has promised to expand funding for the country's foreign public broadcaster in the conviction that while conditions around the world have changed radically since 1953, the aim of promoting and defending the values of an open society has remained exactly the same.