Days before voters outside Turkey can begin casting their ballots in the country's parliamentary and presidential elections, DW and German daily "Taz" held a panel talk in Berlin on the many issues surrounding the vote. 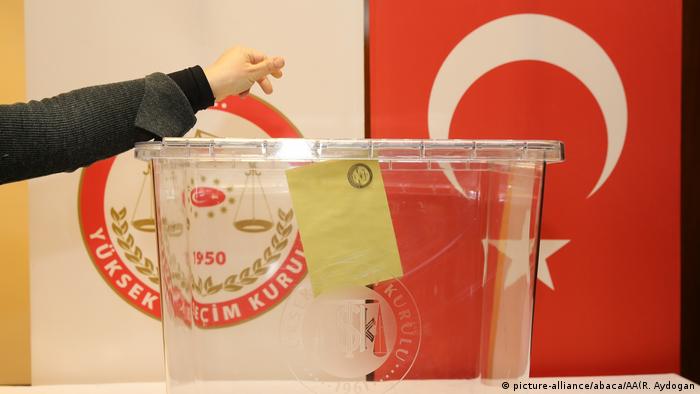 The state of German-Turkish relations needed no real introduction at Monday night's "Germany and Us" talk. Since the failed coup attempt against President Recep Tayyip Erdogan on July 15, 2016, and the ongoing crackdown that ensued, diplomatic ties between Ankara and Berlin have looked at times to be completely severed. With German citizens arrested, threats of sanctions from Berlin, and comparisons of European politicians to Nazis, mutual mistrust and diplomatic conflicts have flared up in quick succession over the past three years. 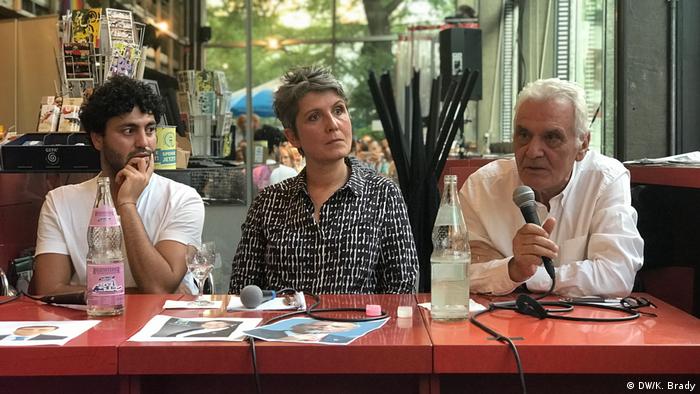 "So, under what circumstances is Turkey heading into the June 24 election?" asked panel host Ebru Tasdemir. Unprecedented was the general consensus. Never in the 16 years that the ruling Justice and Development Party (AKP) has been in power has it called early elections. But why now? Calling the election on April 18, Erdogan said "developments of historical importance in our region," were behind the decision, as well as "the cross-border operation we're carrying out in Syria."

End of the economic miracle?

Analysts, however, have a different theory. Since Erdogan's AKP swept to victory in 2002, Turkey enjoyed somewhat of an economic miracle: gross domestic product was tripled, more than $220 billion in foreign investment flooded the Turkish markets and inflation was back in single figures.

But as Turkey makes its transition from a parliamentary democracy to an executive presidential system, the country is fast approaching an economic crisis: investors are losing confidence, tourists are staying away and the lira currency is rapidly losing value. Better now for Erdogan to send Turkey to the polls 18 months earlier than planned than risk seeking election during an economic downturn.

The upcoming election has also seen the formation of an unusual alliance among Turkey's opposition, with the Republican People's party (CHP), the Iyi (Good) party, the Islamist Saadet party (SP) and the Democrat Party (DP) all joining forces in the hope of preventing Erdogan from securing wide-ranging executive powers.

The opposition alliance is a "smart move" politically, said Pohl, DW Editor-in-Chief. "But whether they could really form a coalition is another question," she added.

The result of this month's presidential and parliamentary elections will also see the constitutional amendments that were passed following the 2017 referendum come into full force.

Die Zeit reporter, Topcu, said the result of the two votes could turn out differently, with Erdogan faring better in the presidential election that in the parliamentary vote.

"Without Erdogan, the AKP would just be another party. He's like the magician that gives the party its power," she said, suggesting that the opposition alliance could potentially win a majority in parliament.

This, however, could turn into a "blockade," Topcu added, with Erdogan holding presidential office, but with an opposition government. "If this becomes a reality, we could see snap elections, yet again, within months."

One of the most contentious issues in Germany surrounding the upcoming elections is the ban on rallies being held on German soil — a decision with the Turkish leader previously dubbed as "Nazi tactics."

"This decision unintentionally helped Erdogan," Külahçı said. "He was able to turn around to voters and say: Look, this is the West, these are the democrats, closing the door on the freedom of opinion of others."

DW's Editor in Chief disagreed. Referring back to the fact that some 150 journalists are currently imprisoned in Turkey — making it the world's biggest jailer of the profession — Pohl supported Berlin's decision to ban political rallies in Germany during the three-month period ahead of elections in non-EU countries.

"Of course, this isn't a long-term solution to the situation in Turkey," she said. "But we have to stand by what we believe in. We cannot allow an election campaign to take place here in Germany, which is against our democratic values." 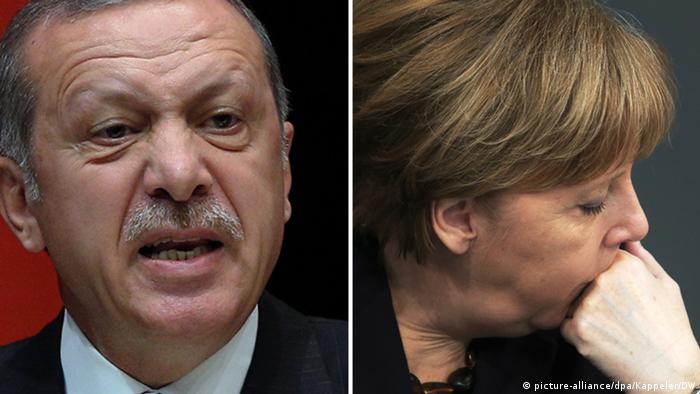 Last month's media uproar over the meeting between Erdogan and German national footballers Mesut Özil and Ilkay Gündogan also didn't go without mention. The two players were slammed in May for the photo-op, which critics claimed was being used by Erdogan to influence the upcoming elections. At the same time, the meeting fueled the ever-rumbling identity debate in Germany.

This constant "debate of belonging" does no good for relations, said Sinanoglu from the TGD.

"It's a dilemma that even I struggle with. I'm here, but I'm also there. And I still haven't found an answer to this dilemma." 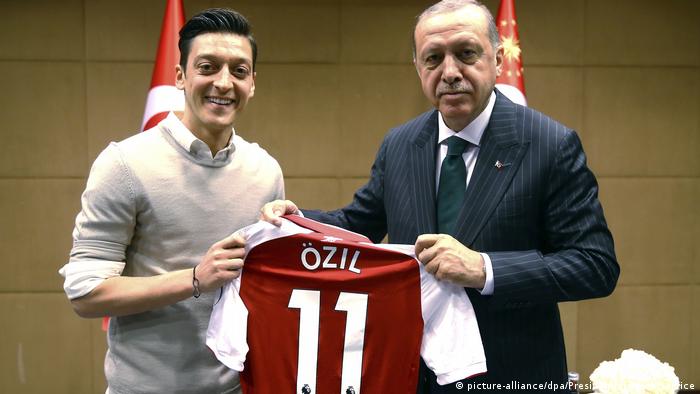 Opening the floor to the audience on Monday, allowed for one of the most common questions posed by Erdogan critics. "How can people vote for Erdogan and live freely in Germany?"

After all, the majority of German voters of Turkish origin traditionally vote for the center-left in German elections. Research by the University of Cologne and the University of Duisburg-Essen found that a third of German-Turks voted for the Social Democrats (SPD) in Germany's September 2017 election, 16 percent voted for the Left Party and 13 percent for the Greens.

The same skepticism can also be asked of decisions in Germany, said Die Zeit journalist Topcu, making reference to the election of the far-right Alternative for Germany (AfD) into Germany's parliament for the first time last September. 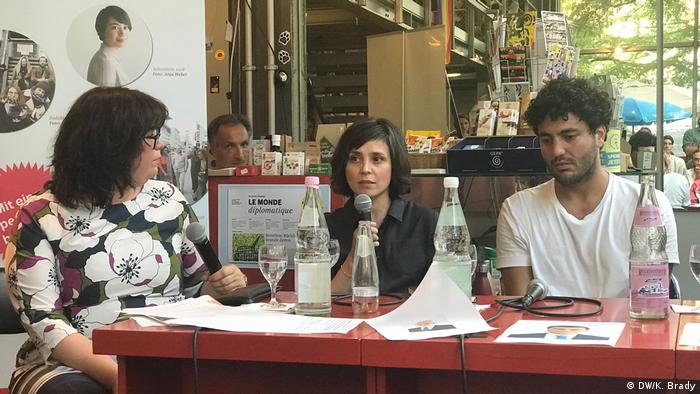 "There are several answers, but one that's rather banal," Topcu said. "They think Erdogan's good."

"Turkish voters vote pragmatically. And Erdogan is often considered to have improved the situation — and that's primarily the situation in their back pocket."

Eligible voters outside of Turkey, of which there are 1.4 million in Germany, have between June 7 and 19 to cast their ballots. According to a poll carried out throughout May by Konsensus, Erdogan currently has a lead of 12 percent in the presidential election and his AKP is ahead by 16.4 percent in the parliamentary vote. But how seriously should the polls be taken?

Deutsche Welle Editor-in-Chief Pohl had one piece of advice for Turkey watchers: "Don't make the mistake of only looking to metropoles like Istanbul and Ankara to see how the election might play out."

The vote was not due until November next year but President Erdogan has called snap presidential and parliamentary elections. They have been slated for June 24. (18.04.2018)

In an interview with DW, Sevim Dagdelen said Turkish President Recep Tayyip Erdogan was deliberately creating tension ahead of the vote in June. The snap elections are being held during an extended state of emergency. (18.04.2018)