A free trade agreement between Japan and the EU entered into force on February 1, covering 635 million people and almost one-third of the world's economy.

Dubbed the world's largest free trade agreement, the EU-Japan Economic Partnership Agreement removes duties on almost all agricultural and industrial products and opens up the service sector and procurement. It also moves to eliminate non-tariff barriers to trade.

The highlights of the deal

EU Trade Commissioner Cecilia Malmstrom said: "This agreement has it all: it scraps tariffs and contributes to the global rulebook, whilst at the same time demonstrating to the world that we both remain convinced by the benefits of open trade."

The president of the European Commission, Jean-Claude Juncker, said: "The new agreement will give consumers greater choice and cheaper prices; it will protect great European products in Japan and vice-versa, such as the Austrian Tiroler Speck or Kobe Beef; it will give small businesses on both sides the chance to branch out to a completely new market; it will save European companies 1 billion euro in duties every year and turbo-boost the trade we already do together."

"This agreement is the perfect example that building bridges is better than raising walls," said Pierre Gattaz, president of BusinessEurope. "When protectionism is on the rise, the EU and Japan show to the world they remain open to modern and rules-based trade."

Hiroaki Nakanishi, chairman of the Japan Business Federation, said the agreement "will stimulate additional growth and create jobs for both sides." 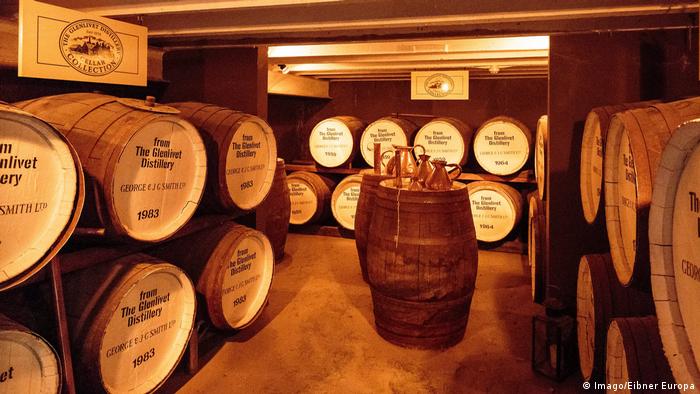 The deal protects 'Geographical Indications' such as Cheddar, Kobe beef and Scotch whisky

What is the status of EU-Japan trade?

How did we get here and what’s next?

The EU and Japan began negotiations for a free trade agreement in 2013. The European Parliament and Japan’s parliament approved the deal last year after both sides finalized negotiations in December 2017.

EU and Japan are continuing investment protection negotiations and hope to reach an understanding as soon as possible.

The European Comission will back Spain's fight to defend its olive exporters, who were hit by Donald Trump's tariffs in June 2018. Madrid considers the punitive measure to be "an evident prejudice" on olive producers. (28.01.2019)

The EU and Japan will soon become the world's biggest free trade area. But this record might be short-lived with Brussels chasing a deal with South America's Mercosur, EU's Cecilia Malmström has said. (29.12.2018)