The EU has lifted a cap on the Russian gas company's access to the Opal pipeline in Germany. The agreement paves the way for Moscow to expand its Nord Stream pipeline and bypass Ukraine when supplying gas to Europe. 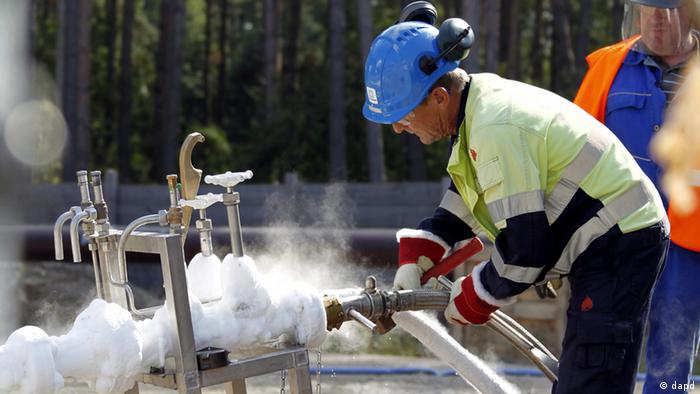 Members of the European Commission on Friday decided to change a key regulation proposed by the German federal agency for gas, telecom and transport, the Bundesnetzagentur, to allow Gazprom more rights for gas transport.

Friday's decision concerned the Opal gas pipeline in Germany, which receives the fuel from the Nord Stream 1 Baltic Sea pipeline and transports it to users in Germany and the Czech republic. Until now, Gazprom was allowed to use only 50 percent of the pipeline's capacity to prevent the company from dominating the supply infrastructure.

Because of this, a large part of the pipeline's capacity remained unused, causing Gazprom to request the Bundesnetzagentur to change its rules. The German agency agreed to change them subject to the European Commission's permission. The Commission agreed in principle, but said that Gazprom's competitors would get priority access of up to 20 percent of the pipeline's capacity.

The Commission hoped that the change would help in getting guarantees from Moscow that it would keep sending gas to Ukraine after its current contract expired in 2019. On Thursday, EU Energy Commissioner Maros Sefcovic said he was "making a maximum effort" to broker a deal between Moscow and Kyiv to ensure uninterrupted supplies for customers in the Ukraine and Europe. "So far we haven't been successful," he said.

Also on Thursday, Russian President Vladimir Putin had said Russia was ready to resume supplies to Ukraine any time the latter agreed to pay in advance.

The Commission also said its decision, which would apply until 2033, would improve competition.

"This is not just a decision we've taken for political reasons, that we want to be friends with Gazprom," a Commission official told Reuters news agency.

Opening up the Opal pipeline for Russia also meant Gazprom could move ahead with its 9.9-billion-euro ($10.8 billion) plan to double the capacity of its Nord Stream pipeline under the Baltic Sea. However, many East European countries, including Poland, have criticized the project, saying it would sideline Ukraine, which serves as a transit route for gas supplies to Europe.

Ukraine's state energy company said it could lose up to $425 million (386 million euros) a year in transit fees.

Polish state-run gas company PGNiG also threatened ahead of Friday's decision that it would sue the Commission, because opening up the Opal pipeline would endanger its supplies. Poland has also consistently urged for lesser European dependence on Russian gas supplies, especially considering the ongoing crisis in Ukraine and Russia's annexation of Crimea in 2014.