Estonian President Kaljulaid: 'I don’t believe that Russia would attack a NATO country'

In an interview with DW's Zhanna Nemtsova, Estonia's President Kersti Kaljulaid explains whether Russia is a threat and why she supports sanctions - even if they do not work. 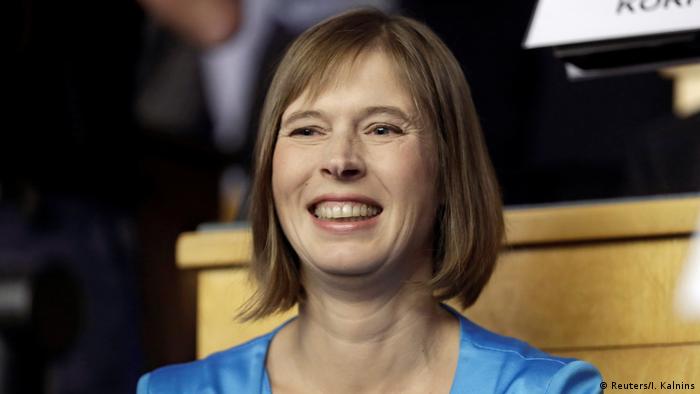 DW: Madame President, in your opinion, what external challenges does Estonia face?

Kersti Kaljulaid: There are no challenges particularly related to our country. But the security situation surrounding the European Union (EU) is unpredictable and volatile. There is Russia, and Russia has shown with the occupation of the Crimean peninsula that it is ready to use force. Also, we know now that Russia does not respect its international obligations and its own signatures. The Minsk agreement continues to go unfulfilled, so the sanctions against Russia need to remain in place.

All this shows that the security environment is difficult. It's the same if you look to the south at the conflict in Syria. And Libya - it's not a state anymore, it's a failed state. The world is not stable. You may say it has never been stable, there have always been challenges, and this is kind of normal. But Europe experienced a more peaceful era, which made people hope it could be the new normal. I regret it isn't, but on the other hand, I am proud of the resolve and the unity the EU has shown. Once again, I am thinking particularly about the Minsk agreement and the sanctions regime, but also of NATO, which has generated quick decisions to make sure that its deterrence responses are proportional to risk profile and risk analysis. 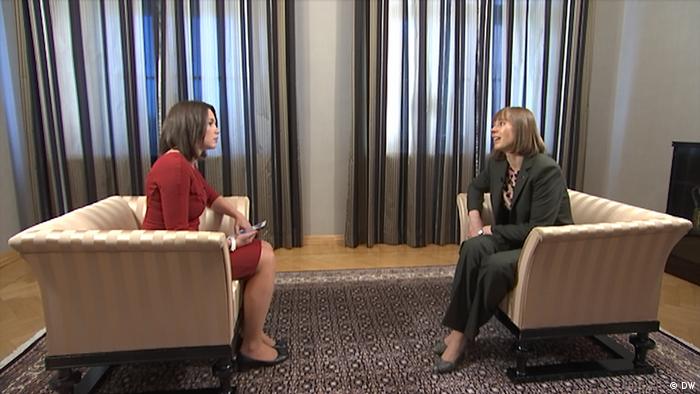 In an interview with the Washington Post, you said that Russia is a threat to the international security architecture but not a threat to any NATO Country. Can you tell me if Russia is a physical threat to Estonia or not?

I don't believe Russia would attack a NATO country or NATO as such, no matter which country we are talking about. You can not divide security; NATO security space is indivisible.

In June a NATO battalion will be stationed in Estonia…

You are mistaken, it's already here. A battalion was deployed on April 20.

Why do you need this battalion if Russia is not a threat and you don't believe Russia will invade Estonia one day?

It's actually the other way around. NATO is safe if it provides deterrence against potential adversaries. NATO has a one-hundred-percent track record of providing adequate deterrence, which is why I think there will be no attacks on NATO from anywhere. But that, in and of itself, explains why a required level of deterrence protecting all NATO territory is needed.

You used the word adversary. Is Russia an adversary country?

I am talking more about potential threats in a 360-degree sense. This could include terrorist threats, among other things. Adversary is a general word. 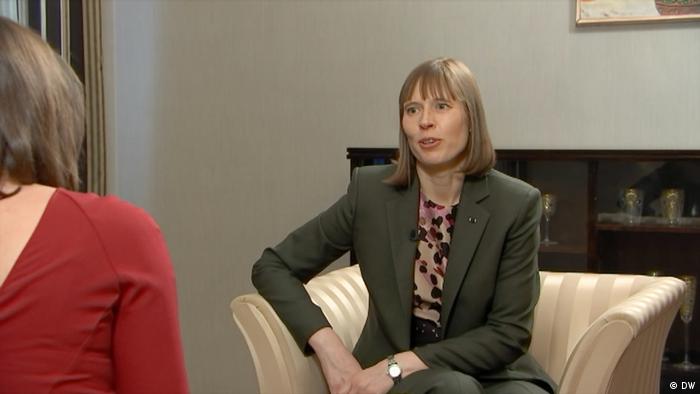 Kaljulaid has a holistic perspective on security

You raised the question of sanctions targeting Russia. I know you strongly support their remaining in place. But the Russian economy has largely adapted to the sanctions regime. Do you think sanctions that are of symbolic significance can make Russia fulfill the Minsk II agreement?

There would probably be other tools to make Russia fulfill this agreement, since the sanctions do not appear to be having an effect.

Periodically, partners come together and discuss such issues. There have been debates around strengthening the sanctions. But so far, the common position has been to keep to our stance, and I strongly support this position.

Kersti Kaljulaid, born in 1969 in Tartu, Estonia, was elected Estonian president in October 2016. Before that, she was a member of the European Court of Auditors for 12 years and worked as an economic advisor to the Estonian prime minister.

Kaljulaid: "Take it as simply as Nigel Farage would"