The opposing leaders held rare talks earlier this week in the United Arab Emirates. Any potential deal can still be opposed by armed factions on the ground across the North African country. 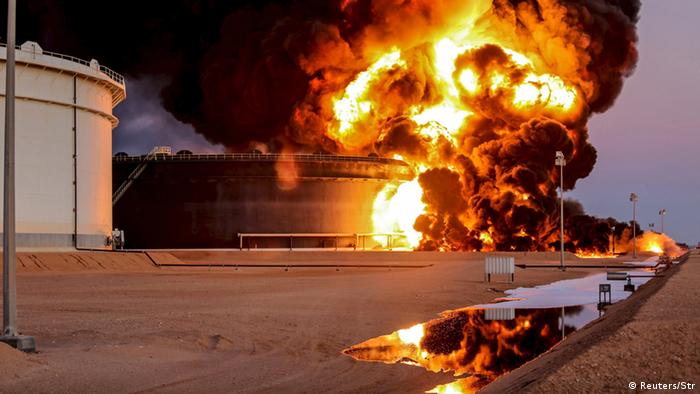 The leader of the UN-backed Libya unity government and an opposing military commander said Wednesday they agreed to end the crises plaguing the nation since the Arab Spring.

In separate statements, Government of National Accord (GNA) leader Fayez al-Sarraj and Field Marshal Khalifa Haftar, whose self-proclaimed Libyan National Army (LNA) controls many important oil ports in eastern Libya, called for an end to the political and economic crises in the country. Their statements did not explain any concrete measures to end the crises.

Opinion: Good will alone will not help Libya

Al-Sarraj's statement said Tuesday's meeting with Haftar in the United Arab Emirates (UAE) was held in order "to achieve a peaceful settlement for the Libyan crisis." The GNA leader stressed the need for "upholding the goals of the February revolution" against previous leader Muammar Gaddafi, who was ousted and killed during the Arab Spring in October 2011. 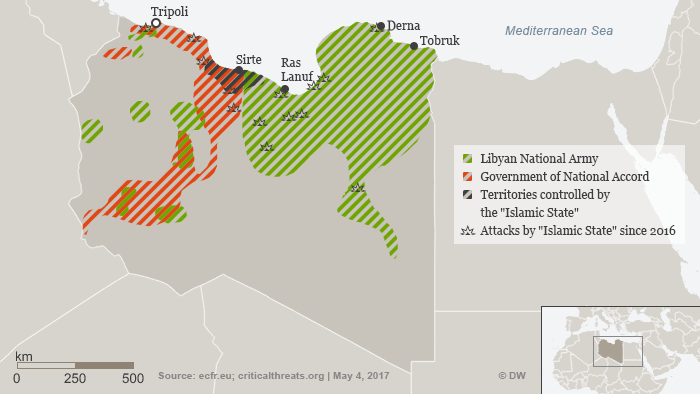 Haftar said in the statement issued by the LNA that both the GNA and LNA agreed to allow "the military establishment…to fully play its role in the fight against terrorism." The statement, shared by pro-Haftar media, focused on protecting the army and "the need to work to address the proliferation of armed formations."

Observers and diplomats who were at Tuesday's meeting described it as positive after Al-Sarraj said Haftar refused to meet him in February. The UAE foreign ministry said the meeting brought "optimism towards guaranteeing a political solution." 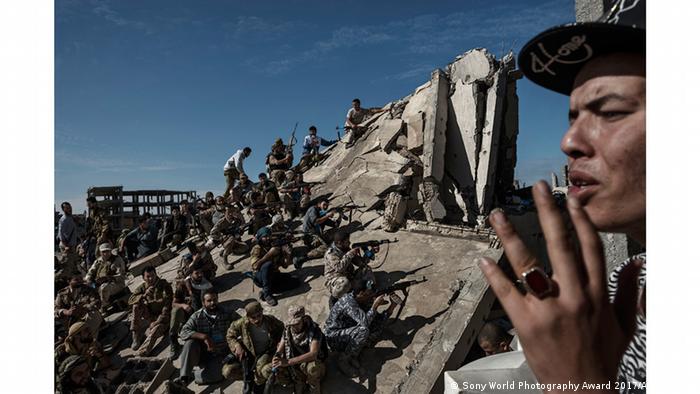 Both Al-Sarraj and Haftar agreed to end the violence in southern Libya, where their forces fought in April near an air base on the edge of Sebha.

The GNA has struggled to maintain control over the country since it was created in a UN-mediated deal in 2015. Haftar opponents have claimed the LNA is attempting to create a new military dictatorship. Haftar's LNA is backed by the country's parliament in the east, as well as the UAE and Egypt. The GNA said the UAE and Egypt, as well as Algeria and Tunisia play a role in "reconciling the points of view" of Haftar and the LNA.

Should the GNA and LNA produce a roadmap towards peace, factions on the ground can still mount serious opposition to any plan.