A German cultural foundation has been bequeathed photos, films, manuscripts and letters that belonged to the controversial filmmaker Leni Riefenstahl, best known as the director of several Nazi propaganda movies.

The Berlin-based Prussian Cultural Heritage Foundation said on Monday that it had received an extensive collection of photographic and film material as well as manuscripts, letters, various files and documents that the director amassed during her lifetime.

The archive contains more than 700 boxes, according to German newspaper Bild.

The president of the Prussian Cultural Heritage Foundation, Hermann Parzinger, said his organization will treat the material with "a special responsibility for the critical examination of this controversial person of contemporary history."

While many of Leni Riefenstahl's films were technically innovative and laid the foundations for numerous experimental genres of the second half of the 20th century, her figure in the history of art will always be the one of the "first lady of Nazi propaganda."

Adolf Hitler discovered her work in the early 1930s and was immediately captivated by her talent and persona. She was commissioned to make a documentary about the Nazi party's rally in Nuremberg in 1934, called "Triumph of the Will," which was followed by a film on the Berlin Olympics in 1936, "Olympia." 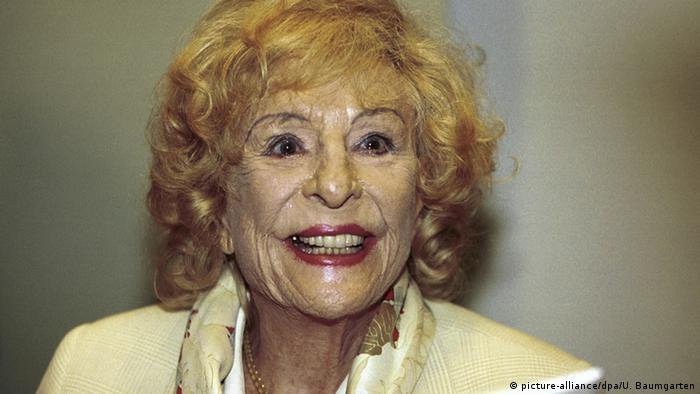 From dancer to 'Nazi sympathizer'

Leni Riefenstahl was born in 1902 in Berlin. She started out as a dancer and moved on to acting and filmmaking after an injury. She starred in several movies in the late 1920s and started directing and writing in the following decade.

After World War II, she was deemed as a "Nazi sympathizer," but never convicted of war crimes. She denied having known about the Holocaust throughout her life.

Read more: How anti-Semitism impacted film before and after the Nazis

Her post-war work includes a photographic book on the Sudanese Nuba tribe from the 1970s, which was criticized for its "fascist aesthetics."

It is the most famous German film production company: Founded in 1917, Ufa produced films that remain great classics — as well as works of propaganda for the Nazis. (18.12.2017)

A court in Stuttgart has sentenced the 29-year-old creator of a banned neo-Nazi website to two and a half years in prison. The site published content that denied the Holocaust and targeted Jews, refugees and foreigners. (08.02.2018)

Poland's controversial "Holocaust law" has set off a diplomatic row with Israel. From government officials to regular citizens, many Israelis say the legislation is an upsetting and unnecessary provocation. (06.02.2018)