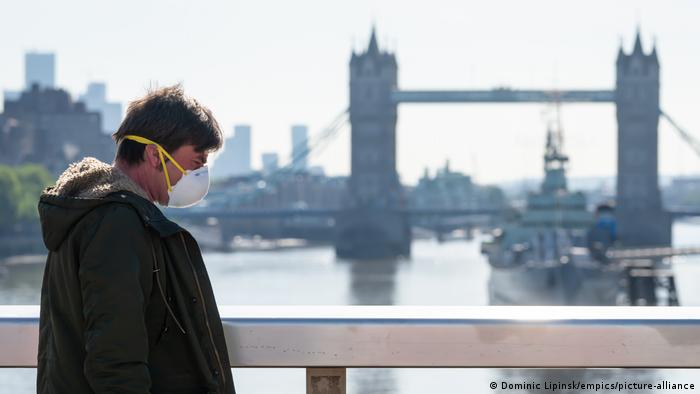 In a news conference with top government scientific advisers, he admitted that the current system of local lockdowns was no longer enough to stop the soaring coronavirus infection rate.

"From Thursday until the start of December, you must stay at home," the prime minister said.

Johnson, who was hospitalized earlier this year for a serious case of COVID-19, added that "no responsible prime minister'' could ignore the grim figures. "Unless we act, we could see deaths in this country running at several thousand a day," he said.

Scientists have warned that the virus is spreading significantly faster in England than their most dire predictions.

What are England's lockdown measures?

From Thursday until December 2:

The rules apply only to England. Wales and Northern Ireland are already effectively in lockdown and Scotland has implemented a set of tough regional restrictions.

Johnson said the government would extend its emergency coronavirus wage subsidy scheme to ensure workers who are temporarily laid off receive 80% of their pay.

The scheme, which was introduced in March, had been due to expire on Saturday to be replaced with more targeted support. It is already set to cost 52 billion pounds (€57.6 billion, $67.28 billion).

Johnson had hoped a set of regional restrictions introduced earlier in October would be enough to push numbers down.

But government scientific advisers predict that on the outbreak's current trajectory, demand for hospital beds will exceed capacity by the first week of December, even if temporary NHS Nightingale hospitals set up during the first peak of the virus are reopened.

Chief Scientific Adviser Patrick Vallance warned that winter deaths in England could be twice as bad or more compared with the first wave in the spring.

The dramatic shift in strategy comes as Britain surpassed one million coronavirus cases during the global pandemic, after announcing nearly 22,000 new infections on Saturday.

Details of the lockdown were leaked to British media and Johnson's news conference was delayed several times as the announcement reportedly wasn't expected to be made until Monday.

The United States has set a daily record for new COVID-19 infections, recording over 99,000 cases in 24 hours. Germany also hit another record with over 19,000 daily infections. Follow DW for the latest.

Parts of Europe are going into lockdown again and many people are asking themselves: Why are some places closed and others allowed to stay open? Our fact check shows what is known about the places of infection.