A three-month study suggests antibody response to the coronavirus falls over time, leading to a possible decline in immunity. But it remains unclear how great the chance of a second infection is. 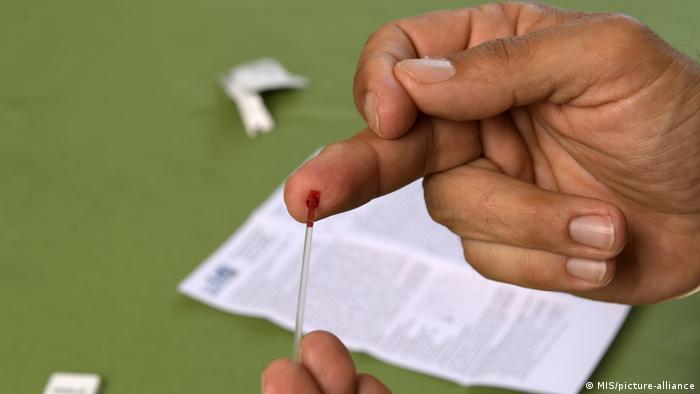 In tests carried out on 365,104 people in England from June to September, the number of people testing positive for coronavirus antibodies dropped by 26.5%.

The study, known as REACT, was led by Imperial College London. It used a finger-prick test to check for antibodies in the blood. Antibodies show that a person has been previously infected with a virus, and in this case, the virus that causes COVID-19.

Results from the group of randomly selected volunteers showed a "downward trend in all areas of the country and age groups."

In a preprint paper, the scientists said the "data suggest the possibility of decreasing population immunity and increasing risk of reinfection as detectable antibodies decline in the population."

The study has yet to be peer reviewed or verified by other scientists and COVID-19 experts. 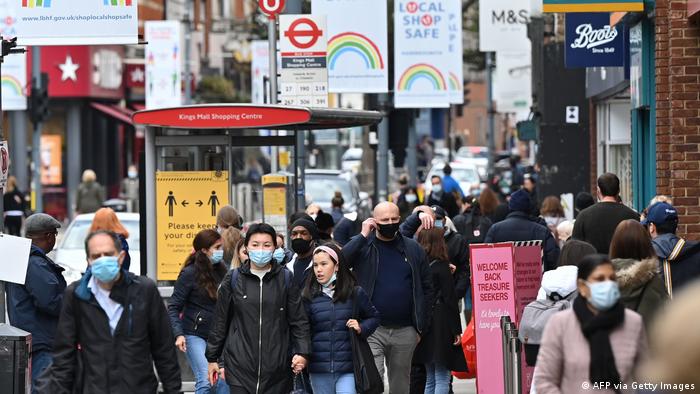 The UK has seen a sharp rise in new coronavirus infections, with many areas going into renewed lockdown

Professor Paul Elliott, a co-author of the paper, said the connection between coronavirus antibodies and immunity against reinfection "remains unclear."

The test and its results

Three rounds of tests were carried out at 12, 18 and 24 weeks after the first peak of SARS-CoV-2 infections in England.

Once registered for the study, participants were sent a Lateral Flow Test kit, which they self-administered to provide a blood sample from a finger prick.

They then answered a questionnaire. The scientists say the participants were not "blind" to their results and, as a result, may have added bias to their answers. But the study authors also say that "should not have affected our observation of declining prevalence [of coronavirus antibodies] over time."

Results showed a decline between rounds one and three in all age groups. The highest prevalence of a positive result and smallest overall decline in positivity were in the youngest age group of 18-24 years.

The lowest prevalence and largest decline in antibodies were in the oldest group of 75 years and above. There was no change in antibody positivity between rounds one and three in health care workers.

A series of studies

REACT, or Real-time Assessment of Community Transmission, is a series of studies.

The first, REACT1, involves antigen (swab) tests, with the aim of examining how widely the virus has spread and how many people are currently infected with it.

REACT2 is assessing different antibody tests to see how accurate they are and how easily people can use them at home.

Antigens are viruses or bacteria that can cause an immune response in the body. Antibodies are then produced by the body as a response to an infection.