An Egyptian pop singer has been sentenced to prison for suggesting that drinking from the Nile leads to a parasitic illness. It's the latest case against artists in the country. 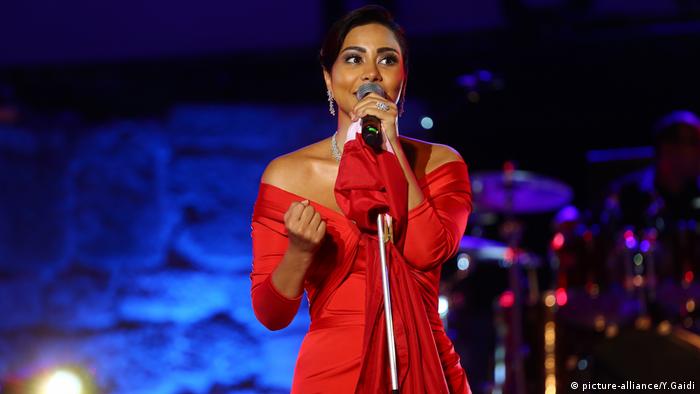 The court accused her spreading of "false news." She can appeal.

The offense occurred in the United Arab Emirates in 2016 when the pop singer suggested that drinking water from the Nile would make one sick with a parasitic disease.

At a concert a fan asked her to play the song, "Have You Drunk from The Nile?"

Abdel-Wahab responded: "No, you'd get Bilharzia. Drink Evian, it's better!"

A video of her response then hit social media, drawing criticism and a lawsuit from an Egyptian lawyer for disparaging Eygpt and hurting the country's tourism industry.

Bilharzia, or Schistosomiasis, is a disease caused by parasitic worms. It can be transmitted by drinking or being exposed to contaminated water.

The Egyptian government has developed plans with the World Health Organization to eventually eliminate Bilharzia from its waters, including through medication programs.

Tuesday's verdict comes after in December an Egyptian court sentence a female pop singer to two-years in prison for a sexually suggestive music video.

Seventeen people have been sentenced to life for their involvement in deadly unrest when then-General el-Sissi announced his presidential bid. Now Egypt's president, he has warned against challenging his grasp on power. (11.02.2018)

German satirical magazine "Titanic" managed to trick German tabloid​ "Bild" into publishing what it considered to be a major political scandal. Now, the hoax has given away to a larger debate on media ethics. (22.02.2018)

Amnesty International's German branch has awarded a human rights prize to Egypt's Nadeem Center. For the past 20 years, the center has documented torture carried out by security forces and treated victims at its clinic. (25.01.2018)