Amnesty International's German branch has awarded a human rights prize to Egypt's Nadeem Center. For the past 20 years, the center has documented torture carried out by security forces and treated victims at its clinic. 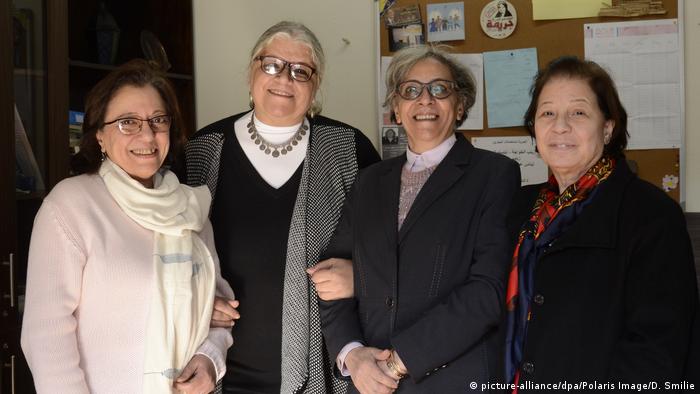 The German branch of the rights group Amnesty International awarded its Human Rights Award to the Nadeem Center for the Rehabilitation of Victims of Violence and Torture on Wednesday.

"We want to support all the courageous women and men who put their lives on the line in the struggle against torture, violence and despotism in Egypt," said Markus Beeko, the Secretary General of Amnesty International in Germany, in a statement.

The Cairo-based Nadeem Center has been documenting torture carried out by Egyptian security forces for the past 20 years. The Egyptian government denies that it uses torture.

The center also provided victims with medical and psychological care at a specialist clinic which was the "only one of its kind in the country," Amnesty said.

Pressure from Egyptian authorities caused the center's clinic to close in February 2017.

Al-Dawla called the Amnesty prize "a strong moral support" and said that it was "a nice message to the government, to the regime."

An Egyptian court is due to rule on the clinic's closure in February.

Egyptian President Abdel-Fattah el-Sissi's government has overseen a crackdown against dissidents and political opponents, as well as the recent passage of a law that targets non-governmental organizations.