With talk of mass protests in the air, a new wave of arrests has targeted former diplomats and opposition figures in Egypt. Experts told DW that President el-Sissi "is extremely worried" about a fresh uprising. 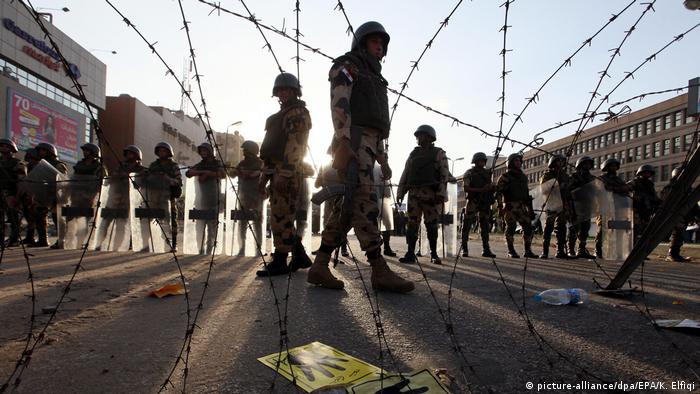 Earlier this month, Marzouq took to Facebook to call for a referendum on Egyptian President Abdel-Fattah el-Sissi's rule. Marzouq urged authorities to heed the call and organize a referendum or face mass protests in Tahrir Square, the epicenter of the 2011 uprising, on August 31.

Under Marzouq's proposal, Egyptians would have the chance to vote either yes or no to the question: Do you accept the continuation of the current regime in power?

In his plea against "oppression," Marzouq laid out a road map in the event Egyptians voted against el-Sissi, proposing the establishment of a transitional government to take over for three years and the termination of the president's and parliament's mandates.

But Koert Debeuf, director of The Tahrir Institute for Middle East Policy (TIMEP) Europe, told DW that although Marzouq's proposal was ambitious, it received very little attention from the public, "showing that people aren't really ready."

"Even though life is increasingly difficult for people and they are angry and disappointed in Sissi, that doesn't mean they're going to hit the streets in order to change that," Debeuf said.

In 2011, more than a million Egyptians took to the streets of Cairo to protest against the rule of former president and longtime ruler Hosni Mubarak, resulting in his eventual ouster at the hands of the military.

But two and a half years later, then-General el-Sissi led a military coup against Egypt's first democratically elected president, Mohammed Morsi of the Muslim Brotherhood, a move supported by mass anti-government protests.

Debeuf told DW that the government crackdown on critical voices was part of el-Sissi's strategy to prevent another uprising against the state.

"Sissi is extremely worried that another Arab Spring might happen," Debeuf said. "So everyone that is critical in one way or another is just put in jail." 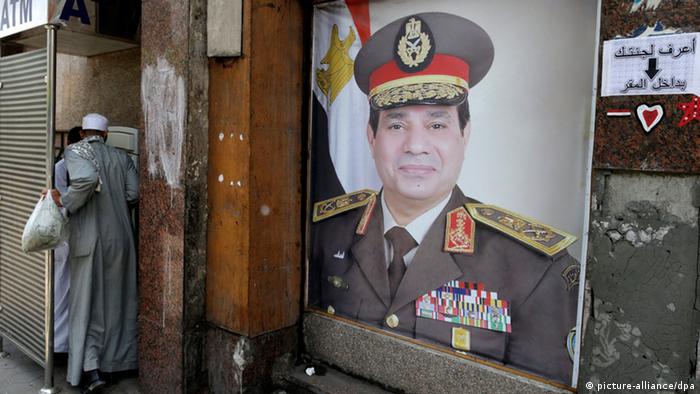 El-Sissi has won two presidential elections, but critics say the votes were marred by irregularities

However, not everyone sees the campaign targeting activists and opposition figures as an issue. Mahmoud Ibrahim, director of the Egypt-based Federal Center for Studies, told DW that calls for a referendum on el-Sissi's rule amounted to subversion.

Ibrahim said such appeals were virtually "attempts to undermine the legitimacy of the regime and a coup against the constitution." He also accused the Muslim Brotherhood, which was dubbed a terrorist group in the wake of el-Sissi's 2013 coup, of involvement in the calls.

Marzouq and the other six jailed activists were charged with "receiving funding for terrorist purposes and taking part in a criminal agreement with the intention of committing terrorist crimes," according to Egyptian independent news outlet Mada Masr.

But Egyptian human rights lawyer and jurist Ziad al-Alimi told DW that even though many activists had been targeted by anti-terror laws under el-Sissi's rule, their case files never named a group, its nature or how it intended to commit an act of terrorism.

"There are people accused of joining a terrorist group in prison for a year or more and no one knows even the name of this group," al-Alimi told DW.

Read more: 'They weren't terrorists. They didn't deserve to die'

Since el-Sissi's rise to power, human rights have been trampled by repressive measures targeting activists and dissidents, according to groups such as Human Rights Watch (HRW) and Amnesty International.

"While Egypt faces security threats, the government of President Abdel-Fattah el-Sissi has exploited these threats cynically as a cover to prosecute peaceful critics and to revive the infamous Mubarak-era state security courts," said Nadim Houry, HRW's counterterrorism director, in a statement in July.

"Egypt is proud of presenting itself as a key international actor in the fight against terrorism, but its domestic record shows that it is fighting peaceful critics and dissidents under the cover of countering 'terrorism.'"

Last month, the UK updated its travel advisory for Egypt to warn its citizens about using social media to criticize or share critical comments "about the president or security forces," saying "in some cases, derogatory comments ... have led to custodial sentences."

In August 2013, more than 800 protesters were killed in Cairo's Rabaa Square during a brutal security operation. Human Rights Watch has called for an investigation into what it believes were crimes against humanity. (13.08.2018)

Radical, divisive, fascinating: Pharaoh Akhenaten (Amenhotep IV) had a unique vision of religion which altered the era in which he lived. (12.03.2018)

A new book "Usensurert" (Uncensored) by Norwegian non-fiction writer and journalist Birgitte C. Huitfeldt takes a look behind the veil of what it means to be a woman in the Muslim world. (04.07.2017)