In 2011, Nihal Saad Zaghloul took to the streets to demand a better future for Egypt. Two years on, she watched from her window as other young Egyptians were shot in the streets and her hopes for peace and justice faded. 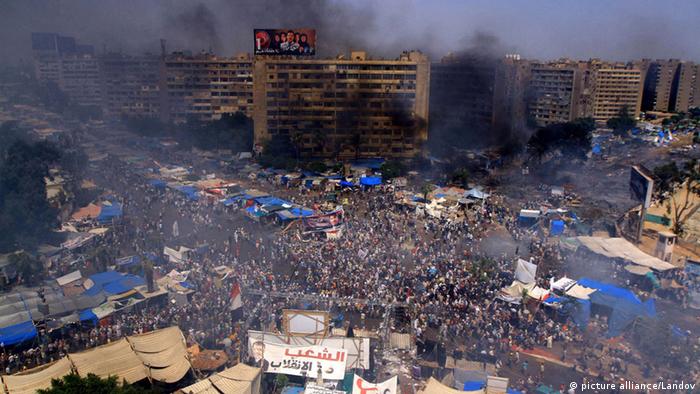 Nihal Saad Zaghloul is an Egyptian activist who started the Bassma/Imprint Movement in the summer of 2012 in order to help stop sexual harassment and assault in the streets of Cairo.

DW: How did you experience events from your room in central Cairo, just 10 minutes away from Rabaa Square, the largest of the Muslim Brotherhood protest camps.

Nihal Saad Zaghloul: I woke up to gunshots and people yelling on the street that the army was shooting at them. People were running and screaming and crying. Then I started checking Facebook and Twitter. That's when I knew that the army and the police were attacking - that started at 6 a.m. By 7 a.m. they had completely cleared the Nahda sit-in, and they were still trying to clear the Rabaa sit-in, which is just next to my house. I kept calling my friends and they were saying that it was a second massacre, and that snipers were shooting them from above. Then they told me that they were surrounded.

In response to the violent clearing of the Nahda and Rabaa camps in the early hours of Wednesday morning, the Muslim Brotherhood called for solidarity protests in the streets. Your home is just 10 minutes away from the Rabaa camp. What did you see from your window? 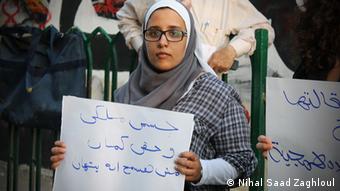 There were protesters coming from all around. As soon as people ran into my street, they were shot at so that they would move back and so that they couldn't help the people in the sit-in. The army started shooting tear gas at them, so some of them started picking up rocks and throwing them at the police. The police responded with tear gas and the army fired live ammunition.

Meanwhile, the clearance of the Rabaa camp continued. What news were you able to get of your friends who were trapped in there?

So far, two of my old friends from university have brothers who have died. One is 19, and the other is mid-20s - my age, I think. They died today. They were not terrorists. I know them very well, I know their families. We eat together, we work together, we volunteer to make this society better. They did not deserve to die like this.

On your Twitter account, you posted a message saying that "it is no longer about being pro-Morsi or anti-Morsi. It is now about being pro-humanity, or not." What did you mean?

Many people were justifying (the killing of Muslim Brotherhood supporters). But the people in Rabaa were human beings, they were not terrorists, they were not people who did any kind of vandalism in the past. We should not punish them for the mistakes of others. I'm not saying that the Islamists did everything great, but at the same time I cannot punish someone for another person's crime. The generalization that "they all are bad," that's what's getting us into this mess. When you see another human being getting killed, you don't stop and ask: "What is his political affiliation?" "What is his religious affiliation?" before you decide whether to help him or not. This is what I meant. 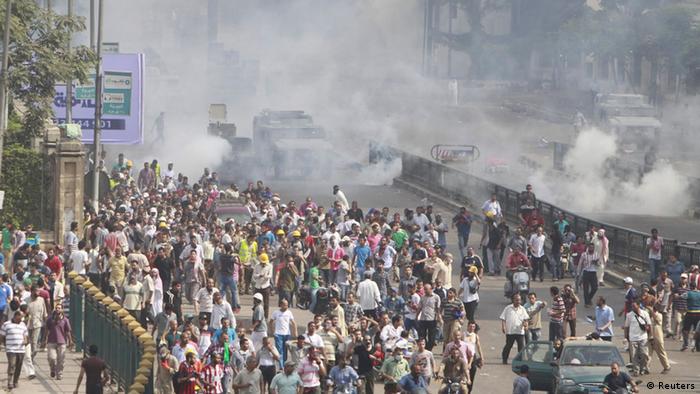 Although yourself a veil-wearing Muslim, you were critical of President Mohamed Morsi and his policies. Were you glad when military intervention resulted in his ouster last month?

You have been a vocal protester and activist for several years now. When you first started demonstrating in Tahrir Square during the Arab Spring in 2011, what did you hope for?

And where are those hopes now?

The outcome of this massacre will only bring more grief and more violence onto the streets. Violence breeds more violence. You cannot correct a wrong with another wrong. If we think that the Muslim Brotherhood or the Islamists are going to go back in jail, as happened in the 90s, then we're wrong. They will continue fighting, and a lot more people will die.

What I'm afraid of is the real terror that will come after this massacre. Whether we like it or not, we can't kill them all off and a lot of people will want revenge. Egypt for the past 30 years has been governed by force, not by the law. Everybody in Egypt - the politicians and the followers of those politicians - is armed. There's going to be another war. I'm afraid of a civil war. I want this bloodshed to end, but I don't know how it will end now.

Egyptian police have cleared the Muslim Brotherhood's protest camps; Vice President ElBaradei has resigned as a result. Violence is no solution, says Ronald Meinardus, head of the Friedrich Naumann Stiftung in Cairo. (14.08.2013)