Ecuador′s rainforest protection scheme in jeopardy | World | Breaking news and perspectives from around the globe | DW | 21.01.2010

Ecuador's proposal to have rich nations pay them not to drill for oil - in one of the most bio-diverse areas in the world - is under threat. President Correa accuses potential donor countries of setting too many rules. In no other nature reserve in the world is there so much plant and animal diversity as in Yasuni National Park, in the heart of the Ecuadorian Amazon, according to a new scientific study published in the journal "PLoS ONE."

"These rainforests are extremely bio-diverse...scientists have counted more than 600 different tree species in just one hectare. It's also the homeland of indigenous people," Klaus Schenck of the German organization Rainforest Rescue told Deutsche Welle. 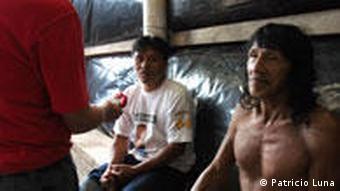 But now its future appears to be in jeopardy after Ecuador's Foreign Minister Fander Falconi - the man charged with the difficult task of protecting it - quit on Tuesday.

Falconi had been spearheading a 2.5 billion-euro (3.5 billion-dollar) initiative, whereby wealthy countries would pay Ecuador not to drill for oil in the nature reserve.

The idea of the Yasuni-ITT Initiative, which stands for the Yasuni-Ishpingo, Tampococha and Tiputini region, is to offset lost oil revenues while sparing 407 million metric tons of carbon dioxide from being emitted into the atmosphere.

The Ecuadorian government has requested from donor countries a total of 249 million euros every year for 10 years.

"I think it's very important that the oil stays in the ground. It's an extremely important international project - not only for climate protection - but to have an ideal for other projects in the world," Dr. Claudia Kemfert, professor of energy and economics at the German Institute for Economic Research in Berlin, told Deutsche Welle. "If we have some first project where we show that this is feasible to find an agreement to leave the oil in the ground…I think it would be really worth it to do whatever is necessary to make it happen."

And the proposal and campaign to rally international support appeared to start off well, with several countries, such as Germany, expressing enthusiasm for the idea. 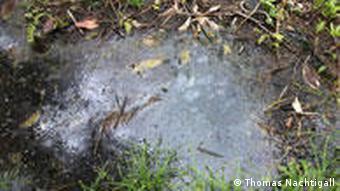 However, President Rafael Correa is accusing Falconi of not being tough enough in negotiations with potential donors; of allowing countries supportive of the project to set their own rules.

"We will not submit. Let them know that this country is nobody's colony. We won't accept shameful conditions. Keep your money," Correa said late Tuesday after Falconi resigned.

According to Ecuador, five European countries have already pledged their support: Germany, France, Sweden, Switzerland and Spain. However, Correa said it was "unacceptable" and "embarrassing" that potential donors are stipulating that they have a say in how the money is spent.

Klaus Schenck said he understood why donor countries are wary about giving such a large sum of money to Ecuador without setting conditions, but concluded that such a project would never be devoid of risk. 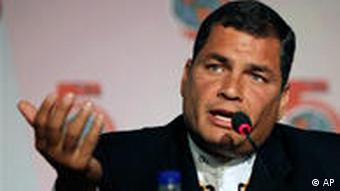 "The problem is that this is a new initiative. There aren't other cases in other parts of the world or in Ecuador [that serve as a model] for how to handle an initiative like this," he said. "It's clear that international organizations and governments will not give such a huge amount of money without clear conditions and contracts - some security that the money will be handled in the correct way and given for the right projects, and to make sure, for example, that a future president in the next election won't say 'I didn't sign this contract and I will ignore it and do what I want'."

But time to negotiate is running out.

Prior to Falconi's resignation, President Correa had warned the committee in charge of the Yasuni-ITT Initiative that it had until June to close a deal or the government would begin exploiting the oil reserves. In his resignation statement, Falconi opposed that deadline.

"The Yasuni-ITT initiative will continue and we will double our efforts to make it a success," Correa said during his weekly media address.

"Yasuni National Park is a fantastic project and a big contribution to save our climate," said Helen Clark, administrator of the UNDP and former New Zealand prime minister, at a news conference announcing their joint partnership.

President Correa first dreamed up the Yasuni Initiative in 2007 as a way to reconcile the OPEC country's conflicting aims of growing its economy and preserving a national treasure.

Illegal logging is a threat to the rainforests of Peru. But the indigenous communities are using both ancient knowledge and modern technology to protect biodiversity and stop further destruction. (10.08.2009)

China increases its economic and political footprint in Latin America

During their summit, leaders of the Mercosur trade bloc will debate whether to ditch the US dollar as their reference currency. While the US is loosing influence in the region, China is rapidly gaining ground. (24.07.2009)

Threatened diversity - How sustainable tourism can protect the rainforest (27.07.2009)