Illegal logging is a threat to the rainforests of Peru. But the indigenous communities are using both ancient knowledge and modern technology to protect biodiversity and stop further destruction. 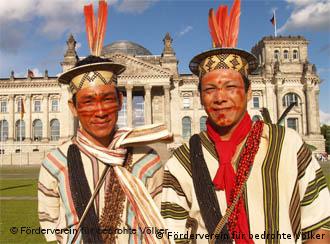 The lush green of the rain forest offers rich natural resources which the Ashaninka Indians have lived on for centuries. At the Yoreka Atame school of primeval forestry in Brazil, young indigenous and non-indigenous people have been learning how to make use of them in a sustainable way.

Since 2007, the school has taught more than 2,000 participants skills like the cultivating fruit trees, keeping bees, and erecting dams in creeks and lakes to enhance spawning grounds for fish. 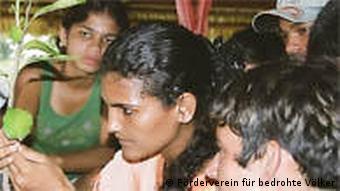 Cultivating traditional plants is part of the curriculum

"That's how we Ashaninka Indians here in the border region between Brazil and Peru want to pass on our traditional knowledge," said Moises Piyako. He cofounded the Yoreka Atame school together with his brother Benki in 2007.

Political problems between Brazil and its neighbor Peru make life complicated for the indigenous people in the border region.

"We are suffering from Peruvian logging companies, and now the Peruvian government also wants to dig for oil along the border," said Moises Piyako.

Illegal timber-fellers from Peru are increasingly encroaching on the rainforest on both sides of the border.

The land and its resources belong to the Ashaninka, according to the Indigenous and Tribal Peoples Convention 169 adopted by the International Labour Organisation, ILO. It recognizes the rights of ownership of the peoples over the lands which they traditionally occupy. But Peru has been trying to circumnavigate international law by granting mining concessions for areas that are owned by indigenous peoples. 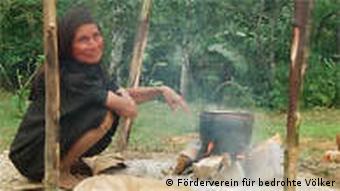 The Ashaninka live in the border region between Brazil and Peru

The invasion of Ashaninka rainforests by illegal loggers started in 2001 with a company called Forestal Venao, which is owned by the daughter of the former Peruvian president, Alberto Fujimori. He was recently put on trial for corruption and has already been convicted to 25 years in prison for severe human rights violations and killing opposition politicians.

His daughter, Keiko Fujimori, has announced her candidacy for the presidency as well as her aim to officially pardon her father should she come to power. Her political campaign is partially funded by the earnings from her timber company.

Demand for a ban 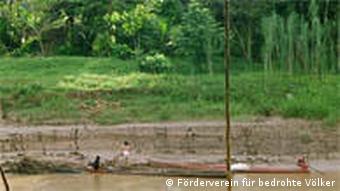 "There are only a few specimen left of many of the tree species, and we are trying to recultivate these economic plants," they said, adding that there is a lack of understanding for the importance of managing resources sustainably.

"We must make sure that our natural resources are not destroyed in the struggle for survival."

In their fight for environmental protection, the Ashaninka combine traditional knowledge and modern technology. Some remote communities have already set up satellite-supported communication systems in the rainforest. By checking satellite photographs on a computer, the communities can monitor illegal logging activities or the illegal construction of roads in their region.

"We install this monitoring system, and we teach the local people how to operate the GPS technology," said Benki Piyako.

Hi-tech to protect the rainforest 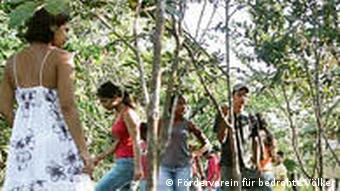 In addition, Benki Piyako and his village of Apiwtxa have set up a video blog on life in the rainforest. There, they also post satellite photos that document how illegal logging is devastating huge areas. It is their aim to teach people how the forest and its resources can be used without destroying them. And they also want to set up a global network supporting the protection of their region.

Modern tools are also employed when it comes to environmental protection. The indigenous organization in Apiwtxa sells CO2 certificates, and the Ashaninka also offer them to companies that want to support the protection of the rainforest. Several international rock bands have already planted new trees in the rainforest to compensate for the energy consumption during their concerts.

Saving plant species gets a boost at a Greek bazaar

One quarter of plant species around the world are at risk of extinction, but a few Greeks are trying to counteract that development in their country by organizing a "flea market" for plant seeds. (21.07.2009)

Watch documentary films about the Ashaninka

Check out the Ashanika blog from the rain forest

English homepage of the Society for Threatened Peoples.

Listen to a report on indigenous people in Borneo