An appeals court in the Netherlands has ruled that the Dutch government must do more to reduce greenhouse emissions. The ruling on a lawsuit brought by environmentalists follows a dire warning from climate scientists. 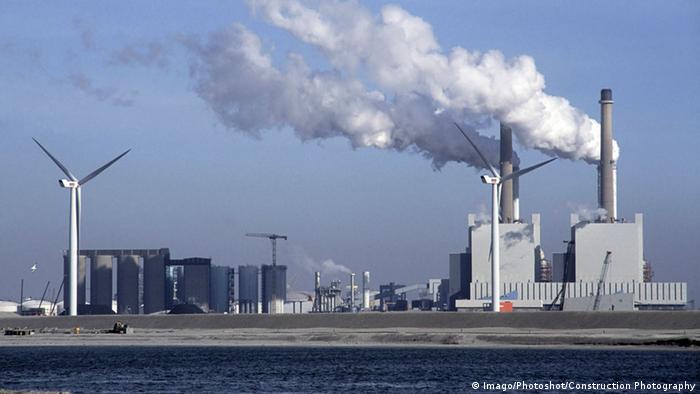 The Hague Appeals Court on Tuesday ordered the Dutch government to cut greenhouse missions faster than planned — to at least 25 percent below 1990 levels by the end of 2020.

"The government has done too little to prevent the dangers of climate change and is doing too little to catch up," the court said.

"There is a clear chance that the reduction will fall far short of the 25 percent goal, which is unacceptable."

"The state is acting unlawfully and in violation of the duty of care."

The 2015 ruling had been the culmination of a lawsuit by the environmental group Urgenda, filed on behalf of 900 Dutch citizens.

The decision was greeted by cheers and applause from around the courtroom. Urgenda hailed the decision, saying the judge had made "mincemeat" of the government's appeal. It said that all governments across the world were now "on notice."

Similar cases are now underway in several countries across the world.

Emissions of greenhouse gases in the Netherlands last year were only 13 percent below benchmark 1990 levels.

Urgenda lodged its case after the Netherlands reduced spending on alternative energy as a result of the 2008/2009 financial crisis.

The ruling came a day after the Intergovernmental Panel on Climate Change (IPCC) released a report that stressed the importance of minimizing global temperature increases.

The 2015 Paris climate agreement set dual goals: a reduction of 2 degrees from pre-industrial times, and a more demanding target of 1.5 degrees.

In the IPCC report, climate scientists said that limiting global warming to 1.5 degrees compared to the 2 degrees goal could reduce the number of people exposed to water stress as a result of global warming by up to a half.

Cheap, water-filled plastic bottle bulbs are lighting up shanty towns and transforming the lives of the poor in the Philippines. (19.03.2013)