A Dutch court has ordered the government to cut greenhouse emissions by 25 percent by 2020. Large swaths of the Netherlands sit below sea level, leaving citizens vulnerable to rising waters blamed on climate change. 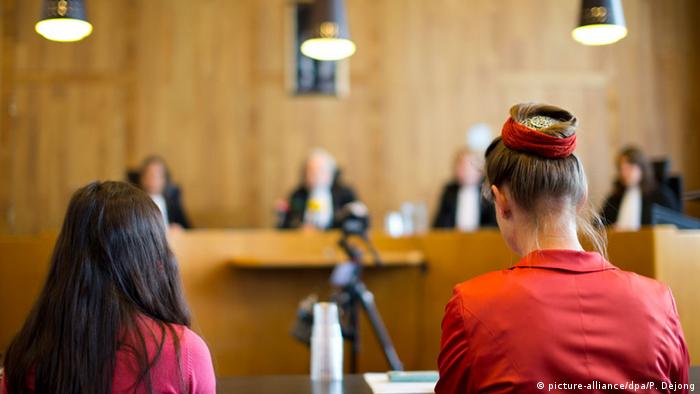 A court in the Netherlands has ordered the state to slash greenhouse gas emissions nationwide by at least 25 percent by 2020. Wednesday's ruling by the district court in The Hague could lay the foundations for similar cases around the world, said Marjan Minnesma (right in photo), the director of Urgenda, the organization that took the government to court on behalf of 900 Dutch citizens seeking a cut of 40 percent to emissions.

"This is a great victory," Minnesma said. "The judge said exactly what we wanted and had the courage and wisdom to say to the government: 'You have a duty of care toward your citizens.'"

Climate scientists warn of rising sea levels from melting polar ice caps, extreme weather, massive migrations, extinctions and other catastrophes if gases blamed for climate change continue to rise at the current rate. The plaintiffs had argued - and the court ultimately agreed - that the government has a legal obligation to protect citizens from the potentially looming dangers.

The government can appeal the ruling.

To avoid the most dangerous impacts of climate change, caused by heat-trapping carbon dioxide being released by burning fossil fuels, countries around the world have agreed that global temperatures should not rise by more than 2 degrees Celsius (3.6 degrees F) over preindustrial times. A UN climate science panel has stated that to have a two-thirds chance of staying below that mark the world must cut emissions by 40 percent to 70 percent by 2050.

One report found that emissions could peak in 2020. According to the court, based on current government climate policy, the Netherlands will cut its emissions by only 17 percent by 2020.

"The state must do more to avert the imminent danger caused by climate change, also in view of its duty of care to protect and improve the living environment," the court ruled.

The 28-member European Union has set the goal of reducing emissions by 40 percent compared to 1990 levels by 2030, while the United States, the world's second-largest polluter after China, intends to reduce emissions by between 26 percent to 28 percent by 2025 - but only compared with 2005 levels. In the absence of grand governmental actions, many cities in the US and elsewhere have begun divesting from fossil fuels.