Ever more cities divesting from fossil fuels | Environment | All topics from climate change to conservation | DW | 03.11.2014

Örebro in Sweden, Boxtel in the Netherlands and Seattle in the USA are all part of a growing push for cities, organizations and foundations to pull their money out of fossil fuels and raise moral debate around the issue. 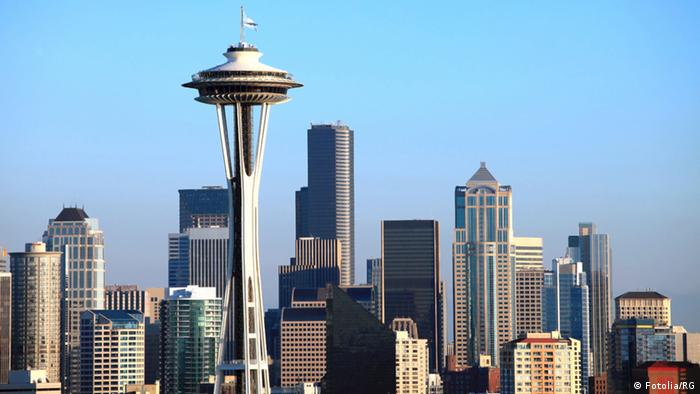 The small cities of Boxtel in the Netherlands and Örebro in Sweden may at first glance seem to have little in common with the world's former grunge music capital Seattle - but all have recently become part of a growing push for cities and towns to get their investments out of fossil fuels in a bid to slow climate change.

This summer, Örebro became the 30th local authority to divest from oil, gas and coal funds, reducing its investments from 2 million to 655,000 euros, with others likely to follow next year as part of the "Fossil Free" movement.

"We need to take action on climate change on various levels," said Baastad. "Our efforts are more meaningful when we ensure that our financial assets don't work in the opposite direction."

Since it began on US university campuses in 2011, Fossil Free has spread to New Zealand, Australia and - last year - to Europe, with cities, towns, religious institutions, universities, and recently the heirs to Rockefeller oil fortune all pledging to divest from fossil fuels.

The group behind the movement, 350.org, says its aim in encouraging and supporting local divestment campaigns is to raise awareness about the role of coal and oil in fueling climate change, and make investment in fossil fuels socially unacceptable.

"The effects of climate change are huge and are already being felt," Tine Langkamp, Germany's divestment campaign organizer, who was also involved in a campaign in the west German city of Münster, told Deutsche Welle. "Divestment not only attacks financial support, but also is starting a debate about the morality of investing in fossil fuels.”

"We want to find a new social norm, so that people in future ask: 'how can you invest in coal?'" added Langkamp. 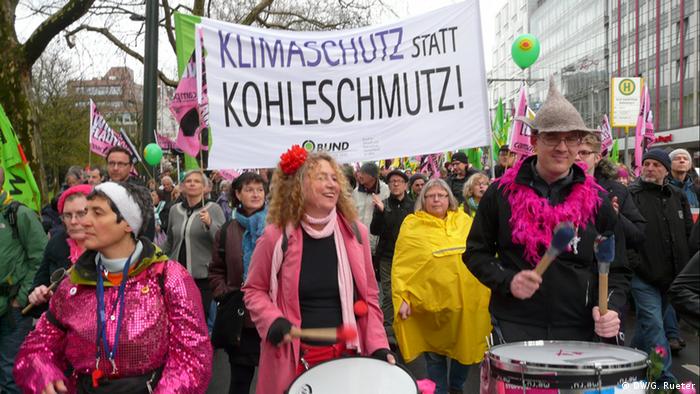 "Climate protection instead of dirty coal" reads this protest banner in Dusseldorf, Germany

While it's unclear how much of a financial impact divestment will have on the fossil fuel industry, 350.org says sparking debate on the morality of the issue is important. This has worked in past divestment movements, including one against South African apartheid, which saw 155 US campuses, 26 governments and 90 cities take their money out of the country in the 1980s.

Organizations such as 350.org are mainly focusing on environmental arguments to put pressure on cities and institutions to pull their money out of fossil fuels. But analysts say there may also be a strong financial argument, as well.

Burning known reserves of fossil fuels would release enough emissions to bring the world well over the 2-degree Celsius rise in global average temperatures - the threshold for catastrophic climate change noted in the 2009 Copenhagen Accord.

This means that the market is experiencing a "carbon bubble," as fossil fuel companies are likely overvalued, said Bob Ward, policy and communications director at the London-based Grantham Research Institute on Climate Change and the Environment.

With increasingly tight climate policy and emissions targets, Ward says most fossil fuel assets "can't be fully realized," meaning that investing in the industry is becoming an increasingly risky venture.

"You have to ask whether you are investing in something that has a future, or in something that is on its way out - like coal," said Ward, although he added the money divested from fossil fuels through the movement so far is not likely to have a large financial impact.

"It would be symbolic - it's not as if companies won't find that money elsewhere," Ward said. He added the point that "50 billion could be very valuable if it is invested in alternatives such as renewable energies and clean technologies." 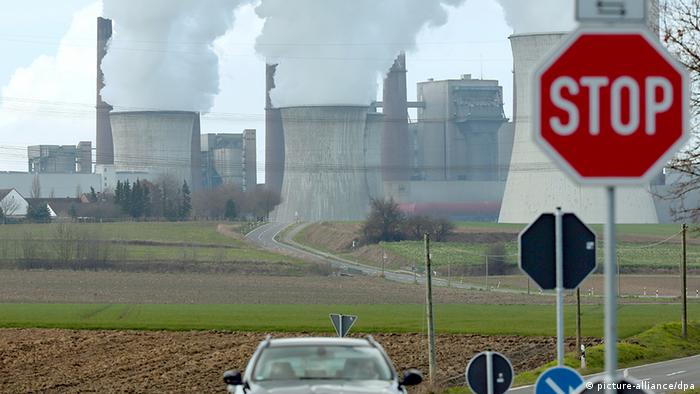 The campaign organizers say cities will be an even bigger focus next year, with eight campaigns already underway in German cities and one in London, as well as interest in starting a campaign in Paris.

In Germany, the divestment movement initially met with much skepticism, says 350.org's Tine Langkamp. But with Münster likely to divest from fossil fuels next year after the Green Party made it a campaign issue in the local elections in May 2014, and other campaigns ramping up around the country, it seems the Germans are starting to be convinced.

"Stubborn Germans needed a little bit more convincing," said Langkamp. But media coverage and the involvement of non-governmental organizations have helped overcome the skepticism, she added.

And while the group chose to initially focus on the United Kingdom, Germany, the Netherlands, Switzerland, Norway and Sweden, campaigns are already starting in other countries. The latest target is Graz, Austria.

"The campaign is growing beyond borders," Langkamp concluded.

As climate change takes hold, the link between hot temperatures and human aggression could make for more crime and civil conflict. But we still need to understand why, says Stanford researcher Marshall Burke. (31.10.2014)

Lockheed Martin, the American defense contractor, has claimed a major breakthrough in nuclear fusion as an energy source. The company said it would build and test a compact fusion reactor in less than a year. (15.10.2014)