A number of philanthropic organizations, including the Rockefeller Brothers Fund, are set to pull billions out of fossil fuels and invest in clean energy systems instead. It's part of a growing trend. 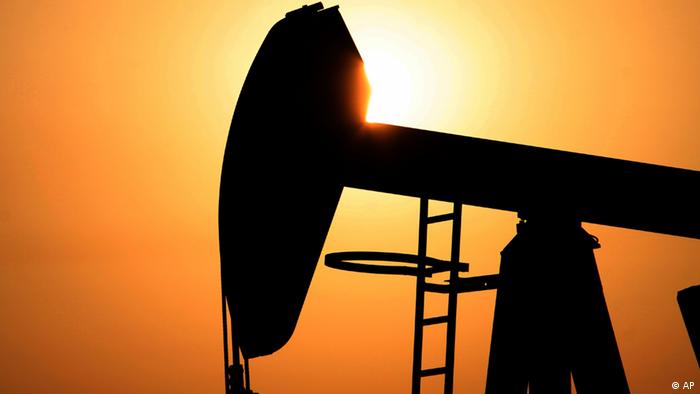 The Rockefeller Brothers Fund (RBF) and several other philanthropies, non-governmental organizations and ultra-wealthy individuals are set to sell a total of $50 billion (38.9 billion euros) of fossil fuel investments and re-invest the proceeds in clean energy systems, according to the news agency Reuters on Monday.

Reuters said that South African Archbishop Desmond Tutu had added his voice to the campaign, in a recorded video announcement in which he called for a freeze on all new fossil fuel exploration.

"We can no longer continue feeding our addiction to fossil fuels as if there is no tomorrow, for then there will be no tomorrow," he said.

The divestment commitment, organized by the climate safety campaign group Divest-Invest: Philanthropy, was announced the day before Tuesday's climate meeting at the United Nations headquarters.

At the UN, 120 heads of state are expected to give speeches on how their countries intend to contribute to a global effort to avoid causing dangerous levels of climate change.

The "Divest-Invest: Philanthropy" platform that drew together philanthropists for Monday's announcement is part of a movement that grew out of a meeting of American university student groups held in Washington in June 2011.

Initially, the divestment campaign was limited to universities. It soon spread to churches, hospitals, municipalities and pension funds. Its proposition to investment funds was simple: Divest from fossil fuels, and invest in climate solutions like renewable energy systems.

Divest-Invest's campaign is driven by the view that investment in fossil fuels is immoral. Organizers point to the scientific consensus that fossil fuel burning will lead to planetary-scale climate destabilization.

That, in turn, will cause large-scale human suffering related to drought, floods, fires, sea level rise, and impacts on food production, and lead to the extinction of perhaps half of the planet's species of plant and animal, according to the most recent scientific consensus report by the Intergovernmental Panel on Climate Change (IPCC).

RBF's 'divestment statement' says the fund's exposure to coal and tar sands investments will be brought down to less than 1 percent of assets by the end of 2014, and the fund will try to eliminate, to the extent possible, remaining fossil fuel investments over the next few years.

RBF president Stephen Heintz, an heir of Standard Oil co-founder John D. Rockefeller, said divestment from fossil fuels would be in line with his ancestor's wishes.

"We are quite convinced that if he were alive today, as an astute businessman looking out to the future, he would be moving out of fossil fuels and investing in clean, renewable energy," Heintz said.

The Rockefeller Brothers Fund is a philanthropic organization set up in 1940 by five Rockefeller brothers and run by Rockefeller family heirs. As of July 2014, the market value of RBF's assets totalled $860 million.

RBF is distinct from the larger Rockefeller Foundation, set up in 1913 by an older generation of Rockefeller heirs.