Geert Wilders revived a controversial Prophet Mohammad cartoon competition. The Dutch politician declared the winner to be a dark drawing of a bearded man wearing a black turban. 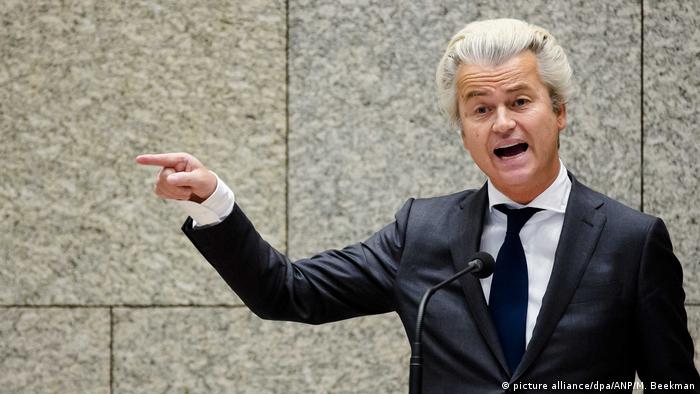 Dutch far-right politician Geert Wilders announced on Sunday what he called the winner of a contest for caricatures of Islam's Prophet Muhammad, more than a year after he shelved a similar event due to the fear of a violent backlash.

The drawing Wilders called the "winner" was a dark image of a bearded man with a wrinkled brow wearing a black turban and black shirt.

"Freedom of speech must prevail over violence and Islamic fatwas," said Wilders, who heads the largest opposition party in the Dutch parliament.

In August last year, Wilders canceled a similar contest after Dutch police arrested a 26-year-old man who had threatened to kill him over his anti-Islam stance.

Images of the Prophet Muhammad are traditionally forbidden in Islam as idolatrous, and many Muslims regard caricatures as highly offensive.

In 2005, a cartoon of the Prophet Muhammad in the Danish newspaper Jyllands-Posten sparked violent protests across the Islamic world. Several attempts were made to kill the newspaper's editor, as well as cartoonist Kurt Westergaard.

Wilders is an outspoken critic of Islam and has made controversial comments regarding the Prophet Muhammad in the past. He regularly receives death threats from Islamists.

After he announced the plan to hold the competition last year, Khadim Hussain Rizvi, the leader of the Pakistani Islamist party Tehreek-e-Labbaik, issued a fatwa (religious edict) against Wilders.

Some 10,000 protesters participated in Rizvi's march, chanting "we will die to protect the honor of the Prophet," and holding a large banner that said they were holding a "peaceful protest."

In a tweet on Saturday, Wilders said it was unfortunate that Rizvi was not arrested in Pakistan for issuing fatwas against him.