Wilders was blocked over a tweet linking the Dutch left-wing to Islamist honor killings. His party recently lost all its seats in the European Parliament. 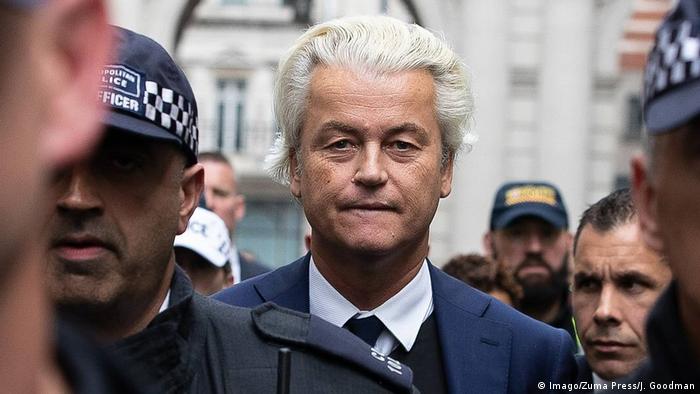 The Netherlands' most prominent far-right figure, Geert Wilders, said in a statement on Friday that Twitter had blocked his account. According to other members of his Party for Freedom (PVV), Wilders was told that his content was "violating our rules against hateful conduct."

According to PVV politician Fluer Agema, Wilders was suspended over a tweet about the progressive center-left party D66.

He referred to the party members as "suckers ...who import ever more Islam and then weep crocodile tears over the consequences, such as honor killings."

Another PVV lawmaker, Leon de Jong, took issue with those who post violent threats against Wilders not being blocked.

Wilders regularly receives death threats from Islamists. He is the most-followed politician in the Netherlands after Prime Minister Mark Rutte, with over 811,000 followers on Twitter.

The 55-year-old is regularly accused of promoting hatred. Currently, he is appealing a conviction for inciting discrimination over a 2016 political rally in which he encouraged his supporters to chant that they wanted "fewer! fewer! fewer!" Moroccans in the Netherlands.

The PVV underperformed in last week EU elections, losing all four of its seats in the European Parliament. Wilders' Twitter lockout is expected to last only eight hours.

In a move that surprised many of his friends and colleagues, former far-right Dutch politician Joram van Klaveren has converted to Islam. As a former member of Geert Wilders' PPV party he now says he was wrong. (05.02.2019)

Season five of Project Fussball is here and this time our focus is on the Women's Euros 2022 in England. In this episode we take a closer look at the prize. What does it take to win this tournament? We travelled to the Netherlands to speak to the defending champions, including star striker Vivianne Miedema.

The far-right populist Geert Wilders had been found guilty by a lower court in the Netherlands of inciting hatred against Moroccans. But an appeals court has dismissed the charges.