Drug deaths: Can Scotland learn from Germany? | Europe| News and current affairs from around the continent | DW | 18.04.2021 In 1996, Trainspotting terrified and transfixed with its heady portrayal of substance abuse in urban Scotland. Today, cinematic fiction has given way to statistical reality, and the nation battles a spiraling drugs crisis with no end in sight.

More than 1,200 Scots lost their lives in drug-related cases last year, new figures reveal, the highest number since records began, and over three-and-a-half times that of the UK as a whole. Staggeringly, Scotland's substance mortality rate is now 15 times that of the European average.

In Germany, drug deaths remain relatively low — yet usage trends are similar to those of Scotland. In both, opiates (like heroin) are often mixed with cocaine and other powerful stimulants, and addicts tend to be of a similar age, having first got hooked in the ‘80s and ‘90s.

There is, however, one fundamental difference: drug consumption rooms (DCRs). 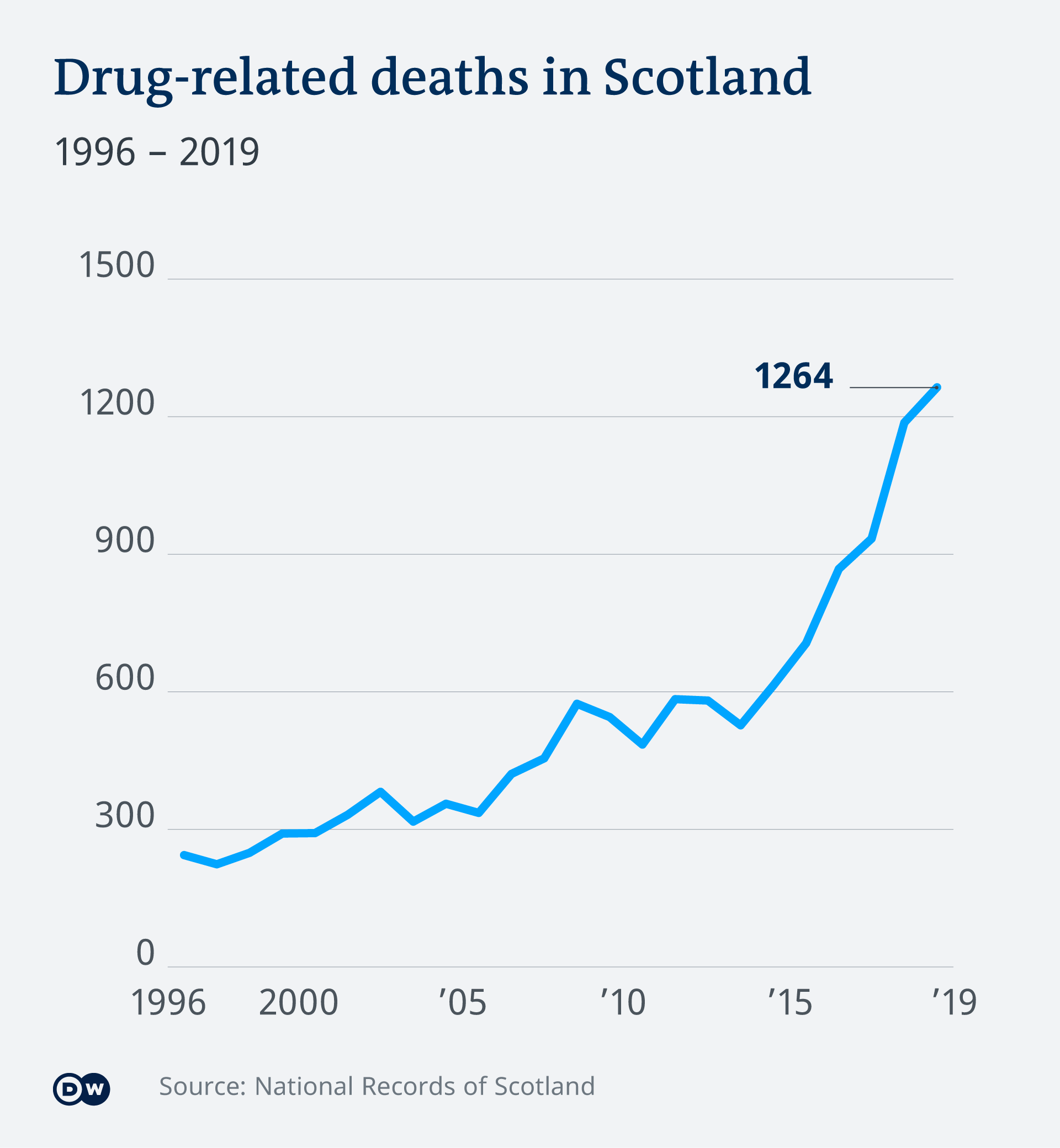 Facilities where users can legally shoot up under medical supervision, DCRs play a key role in keeping rates of overdose and blood-borne disease down. Professor Heino Stöver, a drug expert in Frankfurt, has been at the forefront of the safe-consumption movement since its inception.

"We started the very early illegal ones in Bremen in the ‘80s; then, in the year 2000, what we were doing illegally under the old German opiate law was legalized," he said.

Germany now has 25 DCRs, all to be found in the country's north. This geographic divide reveals the effectiveness of safe-consumption schemes, Stöver says, with cities in the DCR-equipped north suffering a far lower death rate.

"Frankfurt has four drug consumption rooms, and there are approximately 10,000 opiate users in the city, but only 22 drug-related deaths every year. Munich has some 6,000 opiate users and more than 160 drug-related deaths every year, and they have no DCR. That shows you a little bit the survival power of drug consumption rooms in Frankfurt and other cities."

The Scottish government would tend to agree. For years, ministers in Edinburgh have been pushing for a safe-consumption approach to tackle overdose deaths and fight the rising tide of HIV transmission.

Oversight from London is counter-productive

But this demand — as well as calls to declare a public health emergency — have been roundly rejected by government officials in London, who have oversight of Scotland's substance abuse laws. This, Stöver points out, is a further departure from the German arrangement, which sees each of the 16 states directing its own drugs policy unfettered by federal lawmakers.

This isn't the way it should be, argues English drugs expert Professor Peter Lloyd.

"I feel very strongly that there have been numerous opportunities for the UK to follow suit [with countries like Germany] and introduce an evidence-based approach that would certainly save some lives."

Why is this the case? By stigmatizing drug use and stifling social policy discussion, the British media must partly be blamed, Lloyd believes. This is especially sad, he says, as DCRs can offer something above and beyond just death prevention.

"There's something about safe consumption schemes that demystifies dependent drug use to some degree, brings it out of the darkened stairwell and into the light, and allows us to engage with people who might not be attending any other services." 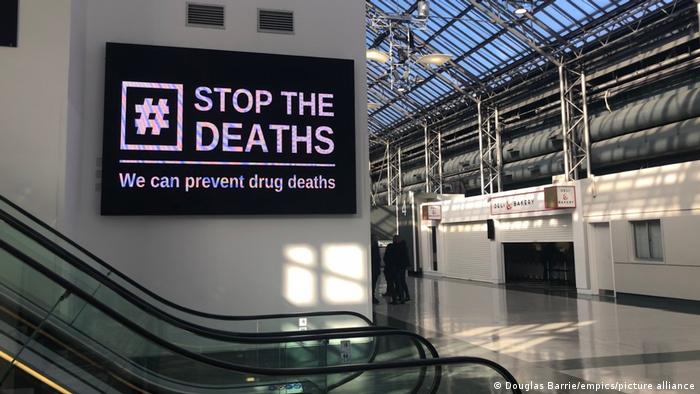 But not all are convinced. "The Scottish government's talk of safe consumption rooms is a sideshow," says Annemarie Ward, chief executive of the Faces & Voices of Recovery group, which helps Scottish families blighted by addiction.

"Yes, there's evidence that they help people use safely, but they only work properly when used in conjunction with proper rehabilitation facilities. This is what they should be focusing on."

Remarkably, Scotland has just 22 rehab spaces available to its most vulnerable addicts, Ward says, indicative of a system that has given up on recovery, focusing instead on the bare minimum: "keeping people alive."

In the short-term, that's a worthy ambition. But unless a bold new approach is adopted, Scotland's drug nightmare looks unlikely to abate.