With twice as many deaths as elsewhere in Britain, Scotland is in the throes of a homelessness crisis. Some blame the system, while others point to rampant drug abuse. Whatever the cause, a solution is urgently needed. 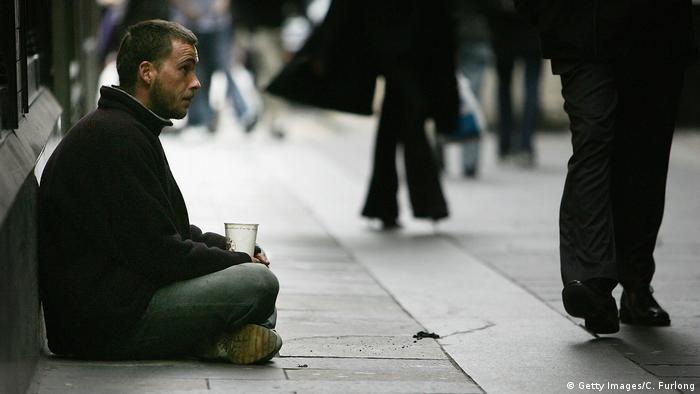 It's a bitterly cold night in Glasgow, Scotland's largest city. Kevin Barry Duffin's hat is pulled low against the winter chill, and he warms his hands with a steaming cup of coffee. His smile is broad as he approaches for a chat; but behind the homeless man's eyes, there is sadness.

"First it was codeine. Then heroin when I was 26. Now, in the last four years, it's been coke. I was abused growing up. That's what's f---ed me up. I took drugs to cover the pain," he says.

Kevin is one of dozens — perhaps even hundreds — of people routinely roaming the streets of Scotland, a country caught in a homelessness crisis. Against a backdrop of austerity and biting cuts to local government budgets, the numbers of those lacking permanent accommodation  have crept up in recent years. 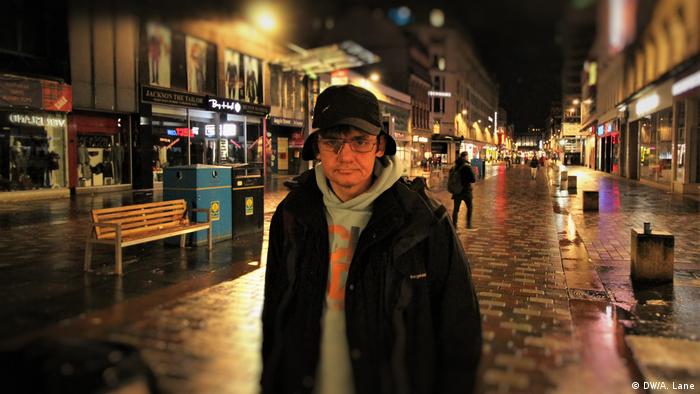 The Scottish Government has committed to ending homelessness for good, but new statistics paint a worrying picture. In 2018, there were almost 200 homeless fatalities, a year-on-year rise of 19%. The death rate in Scotland is now double that of England, the United Kingdom's most populous nation.

Caught in a downward spiral

The figures are "experimental," say research staff at the National Records of Scotland (NRS), meaning the true number might be higher. For Kevin, who could easily have become a statistic himself, this is no surprise.

"Since I came to Glasgow, I've died well over 15 times overdosing. And they keep bringing me back to life."

His case is not uncommon. Of the 195 deaths in 2018, more than half were drug-related. Heroin, a substance synonymous with Scottish street-users, is now often injected alongside cocaine — a habit known as "snowballing." A 10-fold spike in HIV cases in Glasgow is linked to the practice, authorities say. Kevin is among the sufferers.

He, like thousands of others, is trapped at a brutal intersection of two national emergencies: homelessness and substance abuse. At 218-per-million of population, Scotland's drug-related death rate is Europe's highest.

Tackling this issue is key to addressing homeless fatalities, experts say. Several solutions have been mooted: decriminalizing personal possession to prevent the downward spiral of a prison sentence; introducing "safe consumption rooms'"so addicts can be professionally supervised while using; and increasing the prescription of substitute drugs like methadone.

But the root causes go beyond that. Behind both substance abuse and homelessness, there is almost always personal trauma. "A lot of them need treatment for various things. A lot have mental health issues," says Paul McMillan*, a volunteer with See The Invisibles, a Glasgow-based community group.

Every week, he and a handful of others tour the streets with homeless provisions: clothes, food, sleeping bags. Providing protection from the elements is their primary aim, but by interacting with those they come across, the group offers relief from another enemy: isolation and loneliness.

Kind gestures can only go so far, however. Getting rough-sleepers into accommodation is vitally important to prevent further deaths. While many do have access to temporary shelters provided by local authorities, these halfway houses can be treacherous places. Reports of violence, rampant drug use, and revolting conditions are widespread.

"Apparently it's wild," says McMillan. "Your door can get kicked in every night. They actually feel safer out on the streets."

In his mind, genuinely "sheltered" accommodation has to be supplied. That means breaking the cycle of desperation and drug use by offering homes away from other addicts. Robust mental health support must also be available: a small but significant number of 2018's deaths — 12% — were due to suicide.

Wholesale legislative reform has been suggested too. But behind the crisis is a tragic irony: Scotland's housing laws are among the world's most progressive. Every rough-sleeper has the right to make a homelessness application, and while the paperwork is going through, they're entitled to temporary shelter. 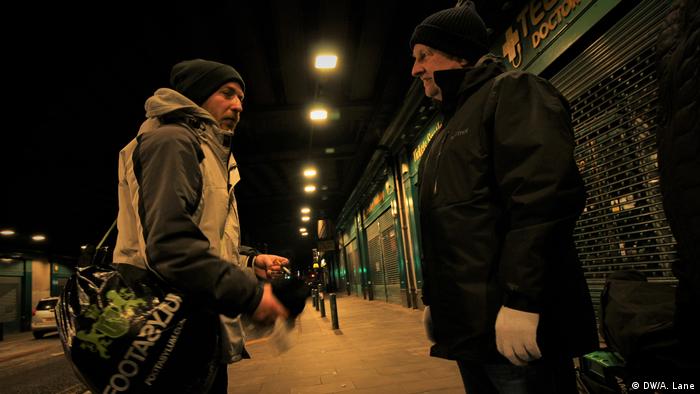 Proving homelessness to get benefits

Sadly, many people, like Kevin, fall through the cracks.

"It took me a year-and-a-half to fight them to get that paperwork ... Six months I had to sleep on the streets to prove that I was homeless."

For Shelter Scotland, a leading homelessness charity, such cases are unforgivable.

"It's a problem that there's no mechanism for the government to compel local authorities to follow the law. There needs to be a form of sanction against the local authorities," Graeme Brown, the group's director, told DW.

In response, Glasgow City Council admitted that its homelessness services "need to evolve" as demand increases. Accordingly, an alliance to end homelessness, made up of voluntary sector and private groups, has been launched. A 75% reduction in rough-sleeping by next year is the immediate goal, with a total end to homelessness by 2030.

For its part, the Scottish Government is working closely with local authorities to improve the situation, Housing Minister Kevin Stewart told DW. Any failure by councils to fulfill their statutory responsibilities is "absolutely unacceptable," he added.

Strong words; but for Kevin, the future remains bleak. After his most recent overdose, he asked that his medical record be marked: "Do Not Resuscitate."

Berlin carried out its first census of homeless people as part of an initiative to improve the German capital's policies. The number of people sleeping rough was significantly less than previous estimates. (07.02.2020)

From sleeping bags to their own homes

Almost 680,000 people in Germany are homeless. Many of them dream of having a place of their own. The initiative "Housing First," which started in the US, aims to make this dream a reality. (01.12.2019)