Germany has topped a Europe-wide study for crystal meth and amphetamine use following close examination of the country's wastewater. Sewage in over 70 cities was analyzed to explore the drug-taking habits of residents. 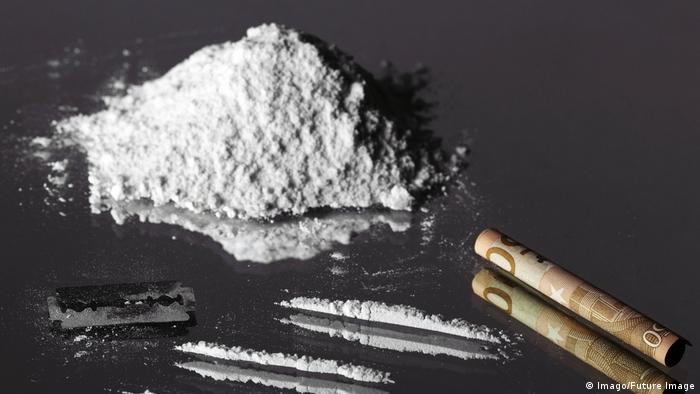 Scientists examining the common effluent in 20 European countries discovered residents and visitors to the German city of Erfurt used an inordinate amount of the illicit drug methamphetamine, the most for any of the 73 European towns and cities taking part in Europe's largest wastewater drug analysis.

Samples from an estimated 46 million people across the bloc were analyzed for traces of four illicit drugs — amphetamine, cocaine, MDMA (or ecstasy) and methamphetamine — in an attempt to better understand drug-taking habits.

Through daily wastewater analysis, scientists were able to estimate the amount of drugs taken within the community over a one-week period by looking at metabolites, a substance produced when the body breaks down drugs, which is then excreted in urine.

Researchers for the Sewage Analysis CORe group Europe (SCORE), in conjunction with the European Union's drugs agency EMCDDA, found that for each 1,000 residents, a daily average of 211.3 mg of methamphetamine was used.

Dresden, also in the east of the country, came in third with 174.6 mg, down slightly from 180.2 mg the previous year.

"Traditionally," the EMCDDA reported, "methamphetamine use [has been] generally low and historically concentrated in the Czech Republic and Slovakia."

"Now it appears to be present also in the east of Germany and northern Europe, particularly in cities in Finland," the monitoring center added.

Use of amphetamine, a closely related stimulant to methamphetamine, was also highest in Germany.

The study, released this week, saw three German cities placed in the top 11 for amphetamine use.

Dortmund claimed the tenth spot with 149.2 mg, while the capital, Berlin, followed closely behind in eleventh with 144.3 mg.

Both methamphetamine and amphetamine can be taken orally or nasally. Injecting is also a common form of administration in some countries, the EMCDDA reports. Figures suggest around 12.5 million adults in Europe have experimented with amphetamines at some point in their lives, with 1.3 million using the illicit drug in the past 12 months.

Cocaine use remains highest in large western and southern European cities, in particular across Belgium, the Netherlands, Spain, and the United Kingdom, researchers found.

Very low levels were found in the Eastern European cities under scrutiny, but researchers indicated signs of an increase on data from previous years.

The report suggested a few reasons why the statistics indicate a rise in cocaine use.

The availability of cocaine on Europe's drug markets may be behind the increasing trend of use in some countries and possibly the drug's expansion into the Eastern Europe market, where it was not commonly used until recently, the study outlined.

The drug agency went on to suggest that while the rise may be indicative of more people consuming cocaine, it may also mean there is greater use of cocaine by the same people.

"The increased purity of cocaine in Europe, leading to increased metabolite detection in wastewater, may also be a factor in the increased trend," it concluded.

Sharp rise of MDMA (ecstasy) use at the weekend

Previous EMCDDA reports show the prevalence of MDMA (ecstasy) in wastewater being on the decline from peak levels in the early- to mid-2000s.

However, of the dozens of cities studied this time around, the newly-released data points to increased traces of MDMA in most metropolises, with cities in Belgium, Germany and the Netherlands having the highest mass loads.

Unsurprisingly, cocaine and MDMA usage rose sharply at the weekends, while methamphetamine use was distributed equally across the week, the report concluded.