Crystal meth and cocaine in German wastewater | Europe | News and current affairs from around the continent | DW | 14.12.2016

Methamphetamines are spilling across the border from Slovakia into Germany, while cocaine is more popular in Western and Southern Europe. Wastewater analysis shows that drug preference in Europe varies by region. 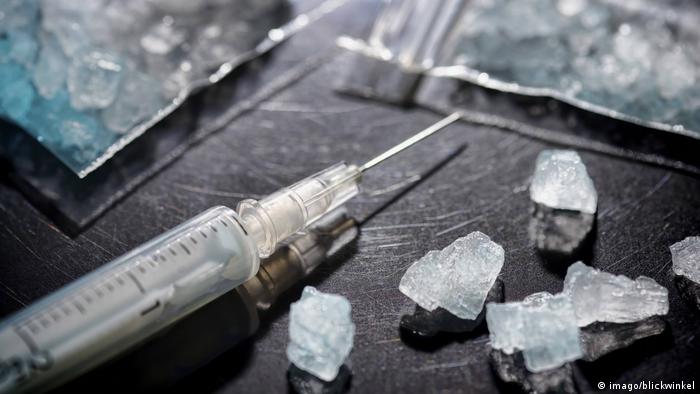 The most recent report on drug residue in wastewater published by the European Monitoring Centre for Drugs and Drug Addiction (EMCDDA) on Wednesday includes some shocking results for Germany: crystal meth and other methamphetamines, which used to be concentrated in Eastern European cities, are now also showing up in Dresden. On the other side of the country, Dortmund is in the top 10 of European cities with the most residues of cocaine in its wastewater.

The researchers at the EMCDDA examine wastewater to learn about near-real-time trends in drug use and get facts rather than half-truths supplied by survey respondents. The center has run the analysis every year since 2011. The new numbers come from tests conducted in March 2016.

"We try to monitor the drug circulation in Europe and in recent years we added the methodology of wastewater analysis to our toolkit," Liesbeth Vandam from the EMCDDA told DW. "One of the strengths of wastewater-based epidemiology is that it provides information on the actual substances used. In surveys, people may not feel very confident about providing honest answers."

Stark contrasts between East and West

The 2016 EMCDDA report includes results from 50 cities all across Europe. Participation is voluntary. Whether a city is represented in the study depended on whether researchers on-site were willing to participate. That's why a major city like Berlin was represented in 2015, but not in 2016. 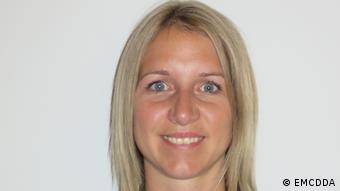 Vandam: cocaine use is very low in Eastern Europe

There is no Eastern European city anywhere close to the top when it comes to cocaine residue in wastewater. Based on the EMCDDA numbers, the expensive drug is much more prevalent in Western and Southern Europe. The top-most Eastern European city in the ranking is the Slovakian capital of Bratislava with a daily mean of 77.3 milligrams.

"Looking at the stimulants market in Europe, there are different preferences in the main stimulant of choice in different European countries - and cocaine has been the main substance of use in many Western and Southern European cities for many years," Vandam said. The European East-West difference is mirrored in Germany. While cocaine is prevalent in Dortmund's wastewater, and to some extent in Munich, eastern German Dresden only has a daily mean of 17.7 milligrams per 1,000 people.

The capital of the state of Saxony stands out for a different reason. In the past, methamphetamine use was mostly concentrated in the Czech Republic and Slovakia. But recently drugs like crystal meth have also spilled over the border into eastern Germany.

Dresden is the city with the fourth-highest concentration of methamphetamine in the wastewater on the EMCDDA list. Its daily mean lies at 136.7 milligrams. That's a lot less than Bratislava, which tops the list with a daily mean of 671.8 milligrams. But the results of the European wastewater analysis still confirm the recent trend of crystal meth traveling west and crossing the border into Germany more and more often. 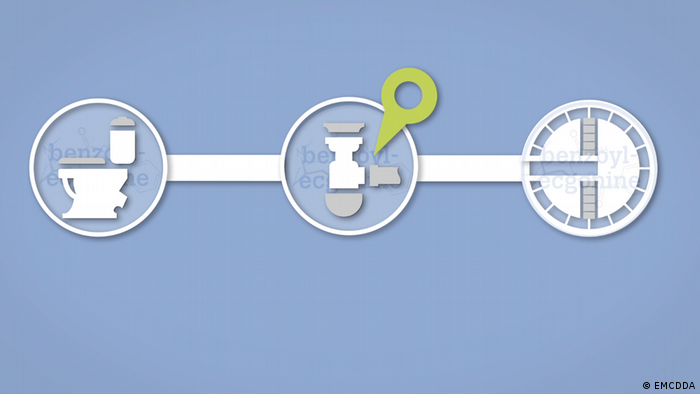 Residue of cocaine and other drugs leaves the body and goes into the wastewater. Researchers have to gather this water for their probes from the sewage system before it reaches a treatment plant, where all residue is removed.

For the annual wastewater analysis, EMCDDA researchers examine wastewater across Europe. They take probes just before the water enters the sewage treatment plant. The drug residue they measure made its way into the water through the urine of drug users.

To account for the different size of population in participating cities, the EMCDDA calculates the mean per 1,000 people. They also have separate means for weekdays and weekends, since the drug residue in the water is usually slightly more concentrated on weekends.

The number of people addicted to drugs across the world has risen for the first time in six years, the UN says. It also says heroin is making a comeback in some Western countries, with often deadly results. (23.06.2016)

France has joined several other European countries in allowing drug users to shoot intravenous drugs in sanitary conditions. Supporters have argued it reduces disease, while detractors say it 'trivializes' addiction. (11.10.2016)

Germany violated the rights of a heroin addict by denying him access to his drug substitution treatment while in prison, the European Court of Human Rights has ruled. The inmate has struggled with addiction for decades. (01.09.2016)