Cocaine with a street value of some €30 million has been found amid sacks of coffee coming from Brazil, customs authorities in Hamburg say. Shipments of the drug from Latin America are often intercepted in Germany. 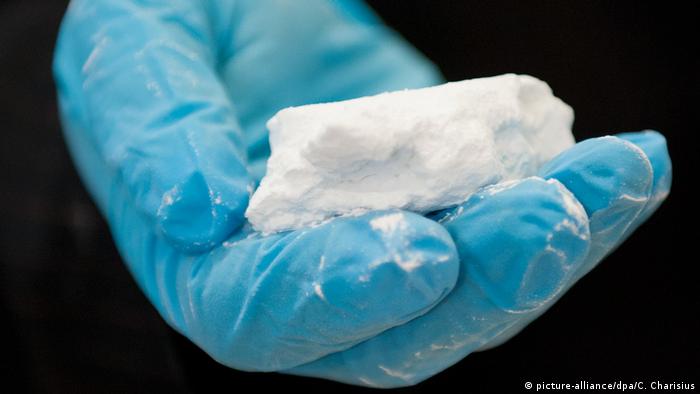 Some 200 kilograms (441 pounds) of cocaine packed in 210 parcels have been found hidden between sacks of imported coffee in the northern German city of Hamburg, customs authorities said on Monday.

The quantity of the drug, which is usually bulked out with various additives to around three times its volume before sale, would have fetched more than €30 million ($34.2 million) on the black market, customs spokesman Stephan Meyns said.

The coffee had been shipped from Brazil. The company it was intended for had discovered the cocaine last Thursday and alerted customs, Meyns said.

Cocaine hidden in cargo shipments from Latin America are regularly intercepted in Germany. Last year, the customs in Hamburg alone confiscated some 4.5 tons of the drug.

Cocaine use is on the rise again across the EU, according to the bloc's drugs watchdog. Increased and higher-quality supply from Latin American producers has contributed to the rise. (07.06.2018)