Cocaine use is on the rise again across the EU, according to the bloc's drugs watchdog. Increased and higher-quality supply from Latin American producers has contributed to the rise. 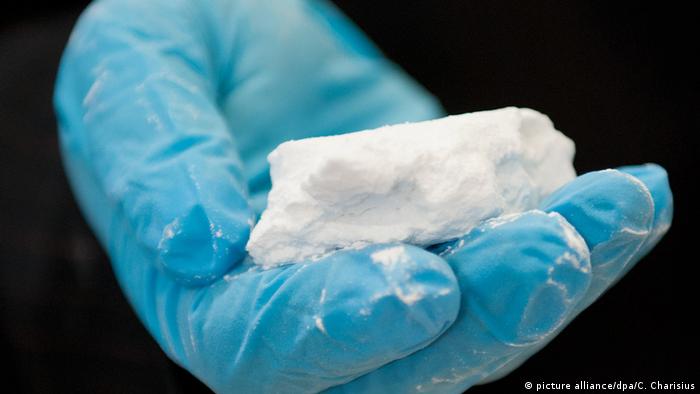 Cocaine is the most widely used illegal stimulant drug in Europe, according to the 2018 European Drug Report by the European Monitoring Center for Drugs and Drug Addiction (EMCDDA).

More than 92 million adults in EU member states, Norway and Turkey have tried an illicit drug, with around 1.6 million of those receiving treatment for drug use. The figures used in the report are from 2016.

The drugs agency says increased production in Latin American countries is being felt in Europe. Although prices have remained stable, the drugs' purity has improved, making it more dangerous.

"Early warnings from wastewater analysis about rising cocaine availability are now supported by other data suggesting growing supply, including increases in purity and in the number and quantity of cocaine seizures," Director Alexis Goosdeel said.

It said there was an increase of cocaine residue in the wastewater of 26 out of 31 European cities surveyed in the last three years. Cities in Belgium, the Netherlands, Spain and Britain showed the highest concentrations.

Read more: US and Colombia aim to halve cocaine production within five years

Drug production in Europe is also on the rise, according to the agency. It cites evidence of more illicit laboratories both for cocaine and synthetic drugs production being taken down.

Cannabis is still the most widely used illicit drug in Europe, with around 1 percent of European adults using it on an almost daily basis, the EMCDDA found.

A nighttime raid by police busted a marijuana grow-op in a former nuclear bunker in southern England. The bunker had been converted into a cannabis factory. There were six arrests. (24.02.2017)

Drug-related crime in Germany is on the rise. Last year, there was a 9.2 percent rise, most of it linked to cannabis, according the German Federal Office of Criminal Investigation (BKA). (23.05.2018)