German police have seized more than 7 metric tons of cocaine this year, according to federal police. Germany had been inundated by a "flood of cocaine" from South America, said a senior law enforcement agent. 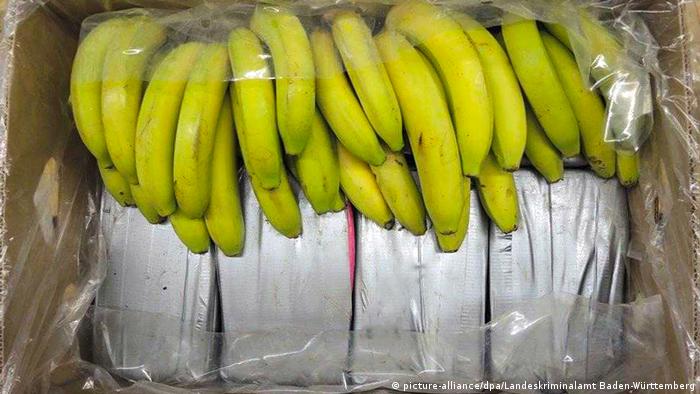 German law enforcement agents managed to seize more than 7 metric tons (7.7 US tons) of cocaine in part due to increased output made possible by advances in production efficiency. As a result, cocaine seizures worldwide are set to surpass last year's 582 metric tons (641.5 US tons), the BKA said.

Authorities conducted major counter-narcotics operations throughout the year, including one in July in which police seized 3.8 metric tons (4.2 US tons) of cocaine in Hamburg.

"Dealers are following the motto: 'Supply creates demand,'" Hoppe said. "The supply in South America has increased, which means we have a flood of cocaine."

However, the senior law enforcement agent noted that it was too early to tell if cocaine will transform into an "everyday drug." 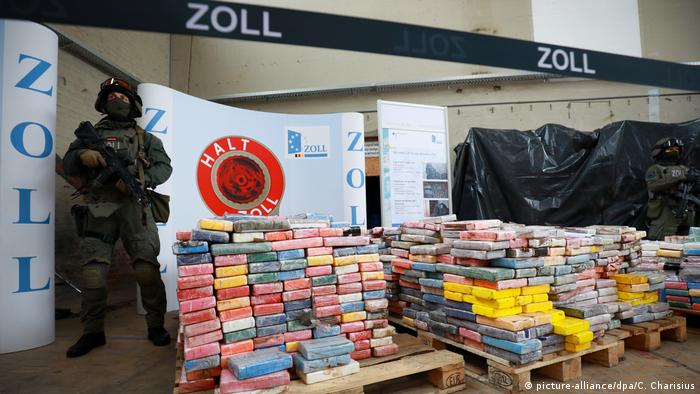 Police have seized tons of cocaine in Hamburg, one of Europe's largest ports

From plantations to the harbor

Cocaine is often sent from South America to Europe in shipping containers and paired with other products, including bananas, according to federal police.

When the drug eventually makes it to an entry point such as Hamburg's port, criminal organizations bribe employees to ensure the shipments are unloaded without trouble, the BKA said.

Criminal organizations based in Italy and the Balkans have dominated Europe's drugs markets, representing a major challenge to counter-narcotics operations, the BKA said.

The criminal organizations' trafficking networks have proven difficult to break up due to their cell-like structure, it added.