If dry seasons intensify with man-made climate change, the risk for self-amplified forest loss increases even more and could put the Amazon rainforest further at risk, an international team of scientists found. 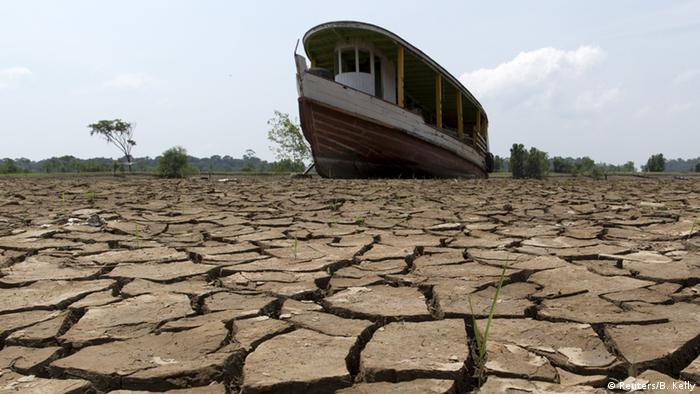 Researchers at the German Potsdam Institute for Climate Impact Research (PIK) found the Amazon rainforest could be exposed to higher risks of dieback if dry seasons intensify and rainfall decreases.

This could lead to a vicious dieback circle, they said in a study published in Nature Communications.

"The Amazon rainforest is one of the tipping elements in the Earth system," said lead-author Delphine Clara Zemp, who conducted the study at PIK.

"We already know that on the one hand, reduced rainfall increases the risk of forest dieback, and on the other hand, forest loss can intensify regional droughts," she said.

"So, more droughts can lead to less forest leading to more droughts and so on. Yet the consequences of this feedback between the plants on the ground and the atmosphere above them so far was not clear."

The researchers found the close relationship between deforestation and drought could put the Amazon further at risk.

When it rains, trees absorb water through their roots and then release it back into the atmosphere. Tropical forests produce most of the water they need themselves: they pump moisture which then rains back to them. 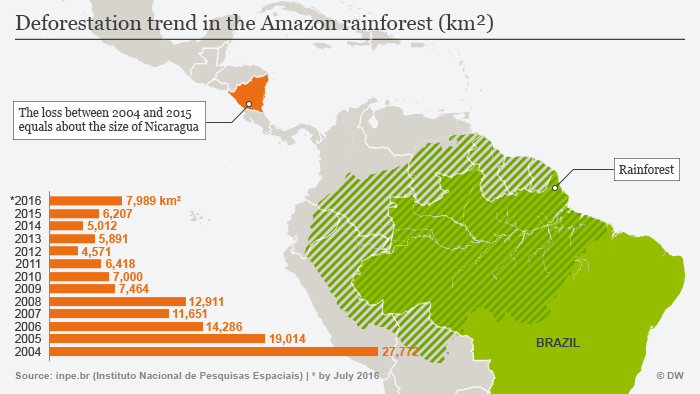 Yet logging and warmer air - due to greenhouse gas emissions - reduce precipitation and hinder the moisture transport from one forest area to the other, affecting even remote areas.

"Then happens what we call the 'cascading forest loss,'" said co-author Anja Rammig from the Technical University of Munich, who is currently working as a guest scientist at Potsdam Institute for Climate Impact Research.

"And so, a vicious circle starts," Rammig told DW. 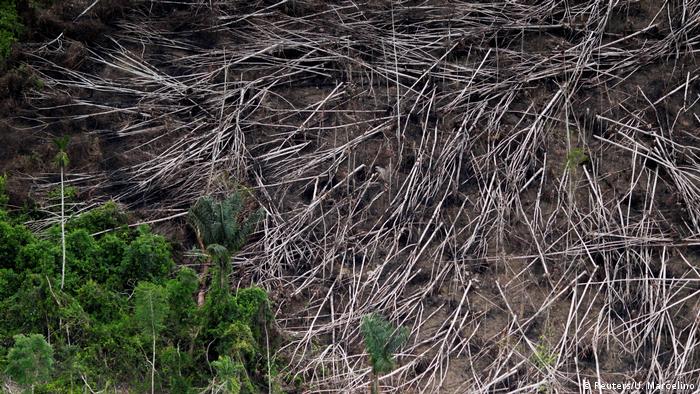 Changing sea-surface temperatures influence moisture transport across the tropics and lead to more extreme seasons in the different areas of the Amazon, said Rammig.

Forests are home to 80 percent of the world's terrestrial biodiversity and crucial to maintaining the balance of ocean currents, wind patterns and rainfall. However, 30 percent of global forest cover has been cleared and 55 percent degraded or fragmented - only about 15 percent remains intact, according to the World Resources Institute.

A fifth of the world's oxygen is produced by the Amazon rainforest, says the conservation group Cool Earth.

"Climate change has a huge effect on the rainforest itself," said Matthew Owen, director of Cool Earth.

Owen explains that the group has witnessed how increasingly severe El Nino events are destroying lives and livelihoods in Peru.

Researchers estimated that a dry-season where it rains only half as much could cause the loss of at least 10 percent of the forest due to self-amplification effects alone. 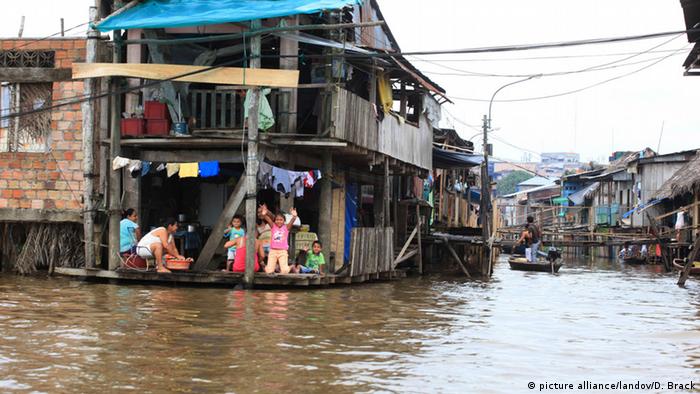 El Nino has caused irreparable damage in the Peruvian Amazon

Despite a trend of boosting forest areas around the globe, the rate of deforestation in the Amazon rainforest increased in 2016 for the fourth consecutive year.

According to the Food and Agriculture Organization of the United Nations (FAO), agricultural expansion drives about 80 percent of deforestation worldwide.

In the Amazon, agribusiness production for international markets - such as cattle ranching or oil palm plantations - has been the main cause of deforestation since 1990.

The more diverse, the less affected

One of the findings particularly surprised the researchers: The Amazon areas with more diverse vegetation seem to be less vulnerable to this vicious circle effects.

If all trees respond in the same way to drought, for instance, they might all die at once, Rammig said. However, if there are a wide variety of responses to drought, the forest would probably be more resistant. This is a reminder of the importance of a rich biodiversity and heterogeneity among species. If the Amazon rainforest were a sort of monoculture, the trees resilience could be drastically decimated.

"Forest loss contributes to more than 21 percent of all CO2 emissions," Owen of Cool Earth pointed out.

Keeping the rainforest standing is the simplest and cheapest way to mitigate climate change, he believes. For Owen, community led conservation is the most effective model for halting deforestation.

But FAO also suggests there is need for improved policies, legal frameworks and effective regulations.

Rammig and her colleagues believe embracing a deeper analysis of cascading effects could be key to help predict future trends and improve resilience measures.

"If you do not consider these effects in future predictions, you may overestimate the resilience of forests," she concluded.

And consequences from climate change and deforestation could be even worse than what is currently projected.

Deforestation, agricultural expansion and fires have destroyed nearly 60 percent of the world's most biologically rich savanna, the Cerrado. Global Ideas views the region in pictures. (10.01.2017)