Mainstreaming biodiversity to save species

In a week when destruction of the Great Barrier Reef and Amazon rainforest have hit the headlines, the Convention on Biological Diversity conference comes at the right time. But will it produce workable solutions? 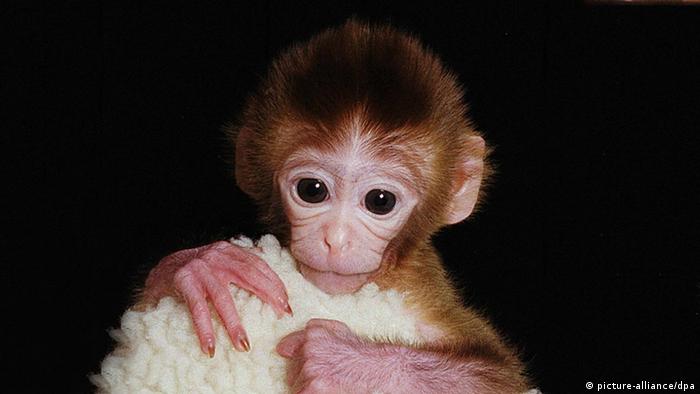 When news of the extent of underwater devastation off the coast of northern Australia did the rounds this week, the world appeared to pause for thought. Even if just for a moment.

Yet anyone who has even half an eye on the ongoing devastation of our natural world will know that this "news" is anything but new.

On the contrary: Conservationists and scientists have long been trying to draw attention to the fate of Great Barrier Reef - also known as one of the seven natural wonders of the world - which is slowly but surely succumbing to the effects of environmental pressures, including global warming.

The tragedy at play along sections of the 2,300-kilometer (1,430-mile) long system of corals - which is home to thousands of species of fish, worms, mollusks, crustaceans and sponges - is likely to be held up as proof of the urgent need for action at the 13th meeting of the parties to theConvention on Biological Diversity (CBD CoP13) that gets underway in Mexico's Cancún this weekend.

Representatives from more than 190 nations will descend on the coastal city between December 4 and 17 to discuss the fate of our natural, living world. The backbone of the talks is the Strategic Plan for Biodiversity, which was adopted at the CBD COP10 in Japan in 2010 and aims to strengthen the resilience of our ecosystems by 2020. The stated targets include that of at least halving and, "where feasible, bring[ing] close to zero the rate of loss of natural habitats, including forests"; turning 17 percent of terrestrial and inland waters as well as 10 percent of marine and coastal areas into conservation zones; and notably, making "special efforts to reduce the pressures faced by coral reefs."

Thus far, the efforts appear not to have been "special" enough. And that begs the question: How do we, in a world experiencing rapid population growth - and by implication, an ever greater need for food - set about translating ideals into reality?

Farming has to think broader

Gunter Mitlacher, Director of International Biodiversity Policy withWWF Germany, says one place to start is in the agricultural sector, which he says is responsible for some 70 percent of global species loss.

He stresses the urgent need to integrate biodiversity concerns into farming, including the creation of wild areas within arable land. This not only reduces the pressure on land, but is vital for the continued existence of the eternally unsung heroes of food production: pollinators.

"Some crops - such as kiwis, or fruit in Germany - are heavily dependent on butterflies and other pollinators," Mitlacher told DW. "If they are no longer viable for that kind of pollination, we are reducing our food systems." 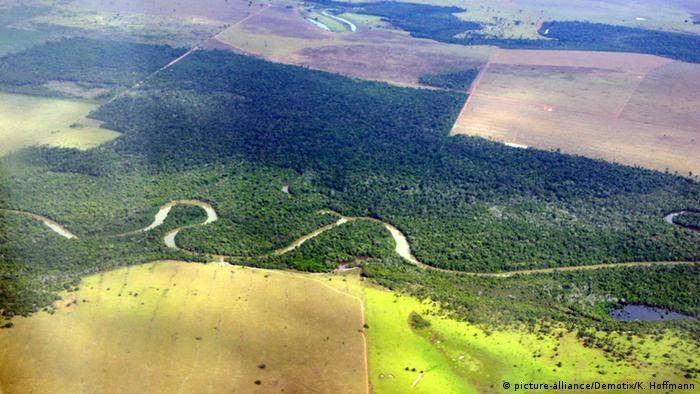 This, he says, is a very real potential scenario if countries don't "do their homework and make things happen." He would like to see states make use of existing systems such as the Marine Stewardship Council in order to use our natural resources more sustainably.

Nicola Uhde, a forest expert with the German conservation group BUND, says mainstreaming - or the integration of biodiversity protection in other sectors - is likely to be a main issue at Cancún.

"A big hurdle to species and habitat protection," she told DW, is the fact that "targets are not integrated into other political fields such as agriculture, forestry, mining, fishing and transport." And that's a big problem.

"In these sectors, the very business practices that destroy our biological diversity - and as such the basis for our life - still receive support."

She wants to see the German government push for an effective resolution on species protection. German Environment Minister Barbara Hendricks will also attend the CBD COP13. 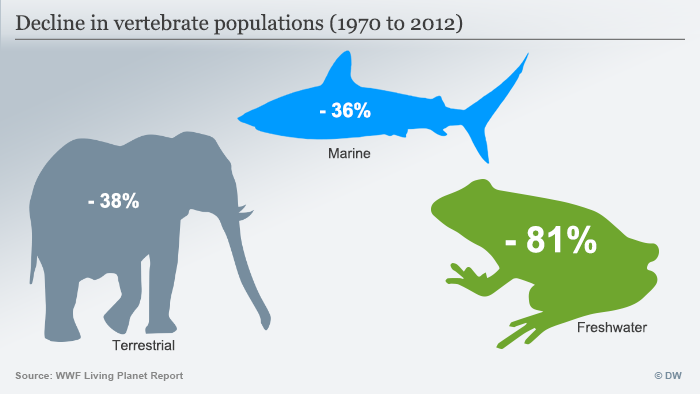 The German Environment Ministry's statement ahead of the conference referred to high-level talks on mainstreaming biodiversity into other policy areas, including "most importantly agriculture, forestry, fisheries and tourism." The anticipated Cancún declaration, and of course its adoption, is hoped to facilitate this task.

Although that won't bring back the thousands of species that have been lost to human activity over the past decades, it might offer a chance to prevent that avoidable fate for others. And it may go some way toward impressing upon the wider world the importance of biodiversity.
"The network of living organisms is our foundation," Mitlacher said. "We are part of it, we can't remove ourselves from it."

"There has to be action, there is nothing else"

Donald Trump's victory in the US put a dampener on talk of the climate in Marrakesh. But as IUCN director general Inger Andersen tells DW, the world has understood and will march on fighting climate change. (18.11.2016)