A total of 36 people have been intercepted trying to reach Britain from the European mainland in small boats. Officials warn that migrants are risking their lives by crossing the world's busiest shipping lane. 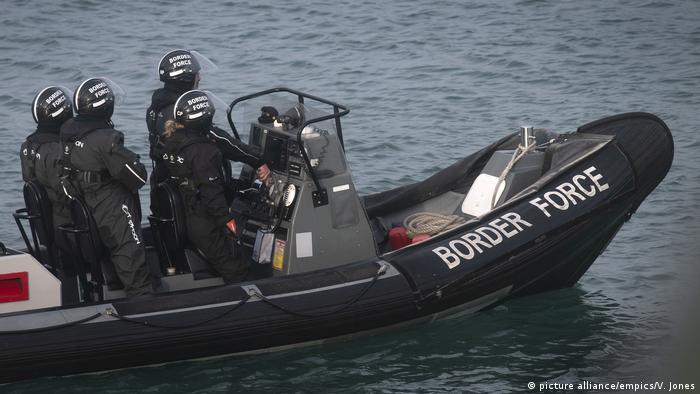 The border agency said it responded to three separate incidents of vessels crossing the world's busiest shipping lane to reach the British coast.

The first involved 11 men who said they were Iranian — along with an Iraqi — whose craft was intercepted in the early hours of the morning. The men were taken to the English port town of Dover for medical care and to be interviewed.

Later in the day, 15 Iraqi men, women and children were found aboard a second boat which was intercepted by a coastguard vessel before being taken to Dungeness, where the migrants were transferred to immigration officials.

The third involved nine men and one woman from Iran, who were taken to Dover.

Over the past six months, Britain has seen a spike in the number of migrants attempting to cross the English Channel.

Almost 500 people, including dozens of children, have made the journey in small boats since early November.

In December, the British government declared the increase a "major incident."

"Anyone crossing the Channel in a small boat is taking a huge risk with their life and the lives of their children," a Home Office spokesperson said on Monday, according to British media.

The spokesperson added that the UK had agreed a joint action plan with France over the increase in migrant crossings.

Forty migrants have been rescued from five boats in the English Channel. The Christmas Day rescues come amid a spike in migrant boats trying to cross the dangerous waters. (26.12.2018)

The migrants, including two children, were picked up around 5:00 a.m. just a few kilometers off the French port of Boulogne. Authorities spotted the boat sailing with its lights off, making an unusual trajectory. (23.12.2018)