Down to the Mariana Trench: 11 facts about our mysterious oceans and marine life | Science | In-depth reporting on science and technology | DW | 12.09.2016

Down to the Mariana Trench: 11 facts about our mysterious oceans and marine life

The oceans are a dark mystery. They surround us, and yet they are largely unknown. We once thought they were flat and boring. We now know they are anything but. And there's so much more to discover. 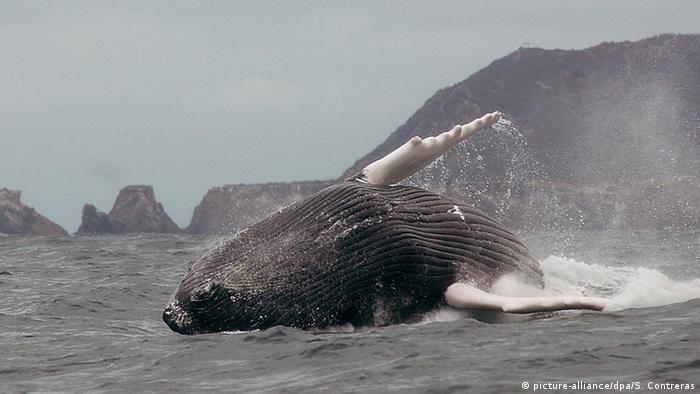 Have you ever heard someone say that such-and-such would be as difficult as emptying all the oceans? And have you ever wondered what it would actually take to do that - to empty the oceans of all the water? For a start, where you put it? You could hardly store it on land. More than 70 percent of the Earth's surface is covered by water, so you'd quickly run out of space.

That's a lot of water. It stands to reason that we know so little about it (even human don't know everything).

So we're drowning in oceans?

Yep. That's one way of putting it. And most of it's unusable for humans because of its saline composition. There are desalination systems. But we tend to use fresh surface water from rivers - where we can. Rivers, however, only make up 1/10000th of one percent of Earth's water supply.

How many oceans are there?

There are five oceans. In order of size, we have:

People do talk of the "Seven Seas," as in "to sail the seven seas." It's an ancient phrase, and it's a bit of a cheat. You only get seven seas if you split the Atlantic and Pacific oceans into north and south (seas).

Where is the deepest point?

The deepest known part of the ocean is the Mariana Trench in the western Pacific. It has a depth of about 10,994 meters. Some estimates say it could be as deep as 11,034 meters but this is unconfirmed. Initially the Mariana Trench was found by explorers using ropes and lead weights, which they lowered to the seabed. Later more accurate readings were taken using sonar. But the trench is still largely unknown. In 1960, explorers Don Walsh and Jacques Piccard reached a depth of 10,911 meters. And in 2012, film director James Cameron undertook the first solo dive in a submarine vessel to reach 10,898 meters.

What are ocean zones?

The oceans are divided into five main zones or layers. At the surface, there is the Epipelagic Zone - that's in line with the Continental Shelf and the warmest part of the ocean. Sunlight reaches down to about 1000 meters, allowing phytoplankton to thrive, which is vital for the marine food chain.

From there on in, it's the Hadalpelagic Zone, a sharp drop into those ocean trenches.

Yes, but slowly. There are waves, tides, and currents, of course. But it's more than that. The oceans move along a great "ocean conveyor belt" - otherwise known as the thermohaline circulation. The conveyor belt is a continuous loop that turns over the ocean from top to bottom, moving nutrients as it goes. It is driven by temperature and salinity and can take hundreds upon hundreds of years to complete a full cycle of the globe.

Does the amount of water ever change?

Yes. But, again, this takes time. The global sea level rose by about 1.5 centimeters (0.6 inches) per decade from 1900, with satellite data showing a sharp increase of 3 centimeters per decade since 1992. But sea levels were significantly lower during the Ice Age, which began about 2.5 million years ago. Back then you could have crossed from Asia to North America via the Bering Strait - but the strait is now submerged. And before the Ice Age - about 3 million years ago - it is thought the oceans were 50 meters higher. 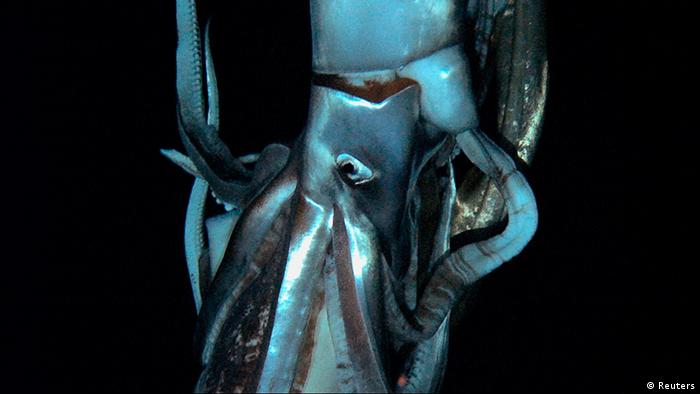 What lurks below: giant squid is the least of of!

The US Environmental Protection Agency reports an average steady increase in sea surface temperatures since 1880. There have been various peaks, including one in the mid 1940s, and many dips, but the oceans are currently the warmest they have been for 130 years. Rising sea surface temperatures are taken as an indicator of climate change. Changing ocean temperatures can influence marine ecosystems - what species of plant, animals and microbes live where - affect migration and breeding patterns, and threaten sensitive marine life, such as coral reefs. The Great Barrier Reef on Australia's eastern coast has suffered "coral bleaching," which is due "heat stress" from rising surface temperatures.

You may think Mount Everest is the highest mountain. And you would be right. Sort of. Mauna Kea, on Hawaii, is even higher. It's over 10,000 meters tall, but most of that is underwater. A mere 4,200 meters are visible above sea level. It's considered a dormant volcano.

What lives in the ocean?

Sharks, turtles, fish (the type we eat), fish (some deeper down, which we don't eat), giant squid and see-through shrimp, jellyfish, whales and dolphins… and about three times as many unknown species.

What about other marine life? Is it all over when you hit the floor?

No. Researchers have long studied marine life under the seabed. Living organisms have been found in sediment samples from 860 to 1626 meters below the seabed, including intact prokaryotic cells, which are micro-organisms that lack nuclei. One study found that bacterial cells in sediment took between 1,000 and 3,000 years to reproduce - where usually it takes a matter of hours.

And finally, got any fun facts about marine life?

Sure have. Sharks have an appetite for submarine telecommunications and power cables. Sperm whales can stay underwater for nearly two hours and dive to depths of more than 2000 meters. And while the sperm whale has the largest head in the animal kingdom, the southern right whale has the largest testicles. A pair weighs in at about a ton.

Oceans are becoming more acidic. That's bad news for many sea-dwelling animals and for humans too. We explain why it's happening. (22.08.2016)