Four residents of the hostel are to appear in court charged in connection with a disturbance. A fire at the facility caused some damage and eleven people were injured. 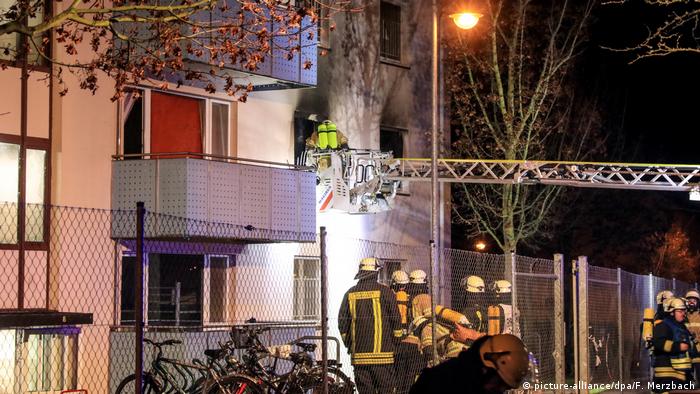 Emergency services were called to the migrant center in the northern Bavarian town of Bamberg on Tuesday after a disturbance.

Men reportedly threw stones and other objects at police before barricading themselves in a building.

A fire then broke out.

Police said nine people had to be treated for smoke inhalation and two others were also injured.

Police characterized the events as a disturbance of the peace and opened an investigation. Four main suspects are due to be brought before the investigating judge on Wednesday.

Bavaria shares its southern border with Austria. In August it  set up seven migrant centers  with the aim of speeding up asylum claims.

The facility in Bamberg offers space for up to 3,400 people.

Police said about 1,250 asylum seekers were currently there.