Russia's prosecutor general will monitor reporting by DW and other foreign media on the public vote over constitutional reforms. The State Duma has accused them of disinformation. DW denies the accusations. 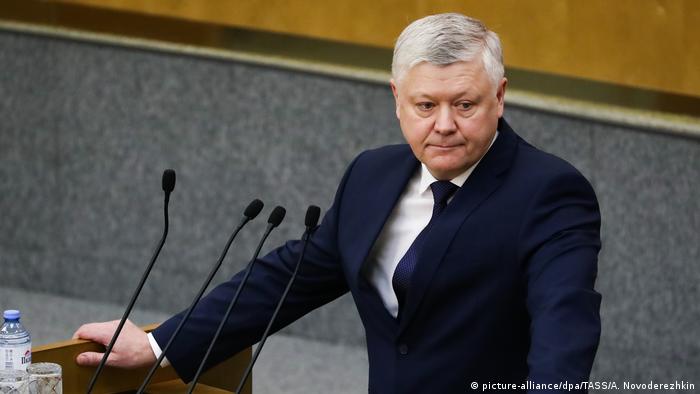 The Russian State Duma's Special Commission on the Investigation of Foreign Interference in Russia's Internal Affairs has sent information on several foreign media outlets to the general prosecutor's office, asking it to monitor their reporting on a public vote on constitutional amendments that begins on Thursday.

Among the media under scrutiny are Deutsche Welle, as well as US outlets Voice of America, Current Time TV and Radio Liberty, said the chairman of the commission, Vasily Piskaryov.

The general prosecutor's office is to "give a legal assessment" of their reporting and "make a decision according to the law of the Russian Federation," Piskaryov said. He said that the reporting by these media outlets contained the "systematic spread of disinformation."

"These actions demonstrate systematic attempts to have an external impact on Russia's internal affairs, to influence the expression of will on our country's citizens, which is unacceptable and must receive a response in line with the acting legislation," he added.

Piskaryov didn't specify what reporting by Deutsche Welle and other foreign media was under fire.

The editor-in-chief of Deutsche Welle, Manuela Kasper-Claridge, denied "the unfounded allegations of the Duma's committee concerning our journalistic work."

"The Deutsche Welle colleagues stand for journalistic accuracy, independence, transparency and plurality of opinions. That marks their daily work. It is regrettable that this doesn't fit everyone, but we have to accept it," she said in a statement.

The latest allegations by the State Duma against Deutsche Welle are not the first time Russian officials have criticized the broadcaster. In August 2019, they initiated an investigation against a number of foreign media outlets, including Deutsche Welle, which is headquartered in Bonn, Germany. At that time, the same State Duma commission requested that Russia's telecommunications watchdog Roskomnadzor, the general prosecutor's office, as well as the Justice and Foreign Ministries consider placing the German media company on a blacklist, citing its "intervention into Russia's internal affairs." Deutsche Welle's Broadcasting Council rejected all allegations, claiming that the company's work "could in no way cause any complaints."

The public vote on the amendments to the Russian constitution will take place between June 25 and July 1. Russian citizens are to decide on sweeping reforms, including, among other things, a change that would theoretically allow President Vladimir Putin to seek two more six-year terms starting in 2024.