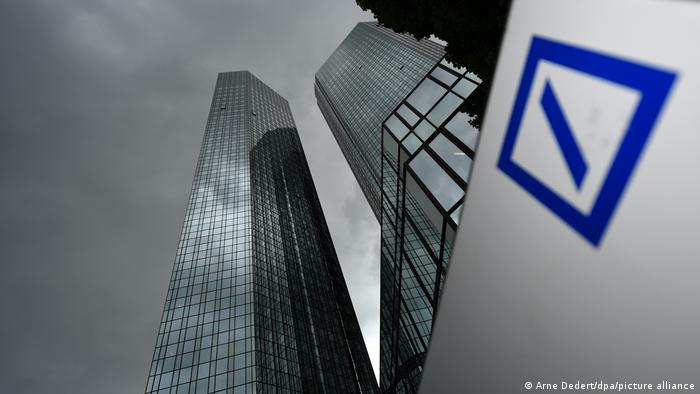 Deutsche Bank is facing increasing scrutiny following fresh raids at the bank's offices in the financial hub of Frankfurt.

What do we know about the raids?

The raids were carried out on Friday, with officers from the Federal Criminal Police Office (BKA) and Germany's financial watchdog BaFin taking part.

The Frankfurt prosecutor's office did not release details about the background of the probe "due to ongoing investigative measures."

Deutsche Bank said in a statement that the raids were linked to "suspicious activity reports" that had been flagged by the bank itself. The bank added that it was cooperating with the investigation.

The transaction was carried out several years ago and involved Assad's uncle, Rifaat Assad. Although he did not have an account with Deutsche Bank, the bank still processed and distributed money to the Assad family in its role as a correspondence bank.

In this case, however, the bank only reported the transaction last year, Handelsblatt reported.

Has this happened before?

Authorities raided Deutsche Bank's offices in December 2018 and September 2019 with scores of officers. Those investigations were carried out in connection with money laundering suspicions flagged in the Panama Papers leak.

Deutsche Bank later wound up paying millions in fines over allegations it failed to flag potential money laundering transactions, although no charges were brought against the bank.

The bank has also faced scrutiny abroad, especially fore its role in handling foreign transactions for the Estonian branch of Danske Bank — which was at the center of a €200 billion ($212 billion) money laundering scheme that ran from 2007 – 2015.

In 2019, Deutsche Bank separately agreed to pay a US Securities and Exchange Commission (SEC) fine of $16 million to resolve separate allegations of corrupt dealings in Russia and China.

News of the latest money laundering raids caused Deutsche Bank's stocks to fall on Friday, dropping 3% to €9.34 ($9.85) per share.

The Billion-Euro Heist - A state prosecutor hunts the tax mafia