Deutsche Bank handed $124 million in bribery fines by US court

Germany's biggest lender has agreed to the payout to settle allegations that it broke US anti-bribery and commodities trading laws. 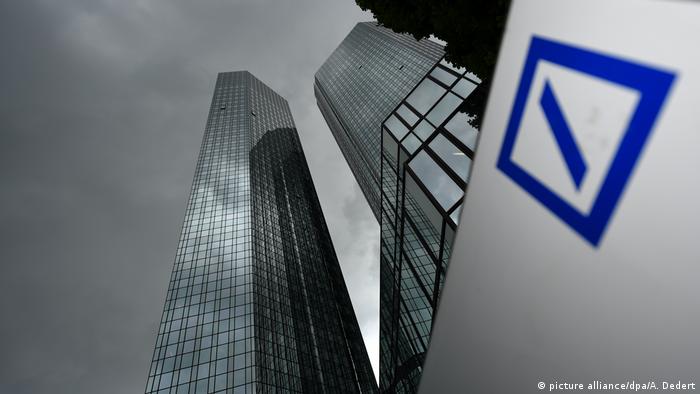 Deutsche Bank agreed Friday to pay fines and penalties of more than $124 million (€1.02 million) to avoid criminal prosecution in the United States on charges it participated in a bribery scheme to win business in Saudi Arabia.

The settlement is the latest blow for Germany's biggest lender, which has been trying for years to restore its image after a series of scandals, including the FinCEN files that implicated the bank in over $1 trillion dollars of suspicious transactions.

During a teleconference with a federal judge in New York City, lawyers for the bank waived its right to face an indictment on conspiracy charges linked to the bribery of intermediaries.

It also faced a commodities fraud charge arising from precious metals futures traders, who were accused of placing fraudulent trades, known as spoofing, to induce other traders to buy and sell futures contracts at prices they otherwise would not have.

"We take responsibility for these past actions, which took place between 2008 and 2017," the bank said in a statement.

Federal prosecutors didn't reveal at the hearing which nations were involved.

However, court papers alleged that Deutsche Bank bribed intermediaries to make deals in Saudi Arabia, labeling the payments of up to $1.1 million as "referral fees."

Other intermediaries demanded financing for a yacht and for a house in France as compensation, the papers said.

Previously, the bank has agreed to a Securities and Exchange Commission fine of $16 million to resolve separate allegations of corrupt dealings in Russia and China.

Deutsche Bank has repeatedly asserted that it has turned a corner after several other scandals almost brought the lender to its knees.

The company is in the middle of a major overhaul as it tries to return to profitability after five years of losses.

Some 18,000 job cuts have already been announced and the bank has announced plans to exit some businesses.

Friday's resolution comes in the waning days of the presidency of Donald Trump, who had a longtime personal business association with the bank.

Deutsche was one of the few banks willing to lend to Trump after a series of corporate bankruptcies starting in the early 1990s.

Separate investigations underway in New York and Manhatten are considered a potential legal threat to Trump after he leaves office later this month.

The Frankfurt-based lender has also agreed to pay the state of New York $150 million to settle claims that it broke compliance rules in its dealings with sex offender Jeffrey Epstein.

The wealthy financier killed himself last August in a Manhattan federal jail while awaiting trial on sex trafficking charges.

There also were reports last year that the bank gave expensive gifts to senior Chinese officials and others to establish itself as a major player in China's financial industry.

In 2019, Deutsche Bank agreed to pay more than $16 million to the SEC to settle charges that it violated US corruption laws by hiring relatives of foreign government officials in order to win or retain business.

But it isn't the only financial services giant to face the wrath of US regulators.

In 2016, JPMorgan Chase & Co agreed to pay US authorities $264 million to resolve allegations it hired the relatives of Chinese officials to secure banking deals, while Credit Suisse paid $77 million to settle a similar case last year.