Despite knowing Epstein's "terrible criminal history," the bank allowed many "suspicious" transactions, New York authorities found. They cited payments that "at the very least, should have prompted additional scrutiny." 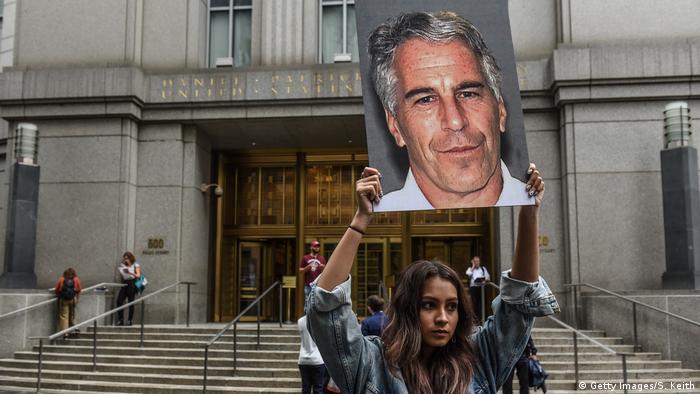 Deutsche Bank was fined $150 million (€133 million) on Tuesday over its relationship with accused child sex trafficker and abuser Jeffrey Epstein, who died in custody while awaiting trial, apparently by suicide.

In a statement, the New York State State Department of Financial Services (DFS) said that Deutsche Bank "failed to adequately monitor the activity of customers that the bank itself deemed to be high risk."

"In the case of Jeffrey Epstein in particular, despite knowing Epstein's terrible criminal history, the Bank inexcusably failed to detect or prevent millions of dollars of suspicious transactions," announced Superintendent of Financial Services Linda Lacewell.

The agreement constitutes the first enforcement action by a regulator against a financial institution for dealings with Epstein.

Because of the bank's oversight failure, it "processed hundreds of transactions totaling millions of dollars that, at the very least, should have prompted additional scrutiny in light of Epstein’s history," the DFS reported.

The department also said payments were made "to Russian models, payments for women's school tuition, hotel and rent expenses, and (consistent with public allegations of prior wrongdoing) payments directly to numerous women with Eastern European surnames."

Last week, British socialite Ghislaine Maxwell, who is accused of helping Epstein procure underage girls, was arrested on federal charges. Her next hearing is scheduled for Friday in New York.

Multi-millionaire financier Epstein, 66, died last August in a Manhattan federal jail in what authorities ruled was a suicide by hanging after being denied bail in his criminal case, where he was charged with child sex trafficking and conspiracy to commit child sex trafficking.

The New York-born investor was also a registered sex offender, having pleaded guilty to Florida state charges in 2008, one of which was tied to paying for sexual services from an underage girl. He served 13 months in prison for that case, but spent most of his time free on work release.

The child sex offender was also a former friend of Presidents Donald Trump and Bill Clinton, as well as the UK's Prince Andrew.

Deutsche Bank AG, its New York branch, and Deutsche Bank Trust Company America had agreed to pay the penalties as part of a Consent Order entered into with the DFS for significant compliance failures in connection with the bank's relationship with Epstein and correspondent banking ties with Danske Bank Estonia and FBME Bank.