The hedge fund manager has been accused of sexual acts with underage girls. He was arrested over the weekend but has denied all charges. 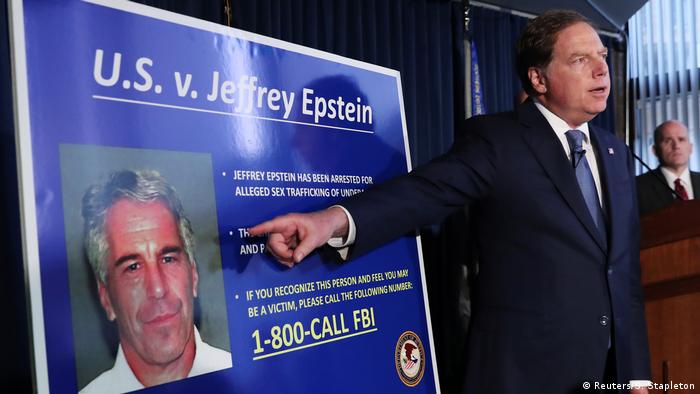 Billionaire financier Jeffrey Epstein was charged with sex trafficking of minors and sex trafficking conspiracy on Monday. The maximum sentence carries up to 45 years in prison.

Prosecutors said the evidence against the 66-year-old included a "vast trove" of inappropriate photographs of young girls.

Epstein, who has pleaded not guilty, was arrested over the weekend as he arrived in the US from Paris aboard his private jet.

His lawyers said there was little new evidence in what is basically a "redo" of a case first heard more than a decade ago.

His lawyers argued that the matter had been settled in 2008 after a plea bargain.

A string of allegations

Epstein was accused of paying underage girls hundreds of dollars for massages prior to molesting them at his homes in Florida and New York between 2002 and 2005.

He "intentionally sought out minors and knew that many of his victims were in fact under the age of 18," prosecutors said. He also allegedly made financial payments to some of his victims to recruit other girls.

"In this way, Epstein created a vast network of underage victims for him to sexually exploit in locations including New York and Palm Beach," prosecutors added. 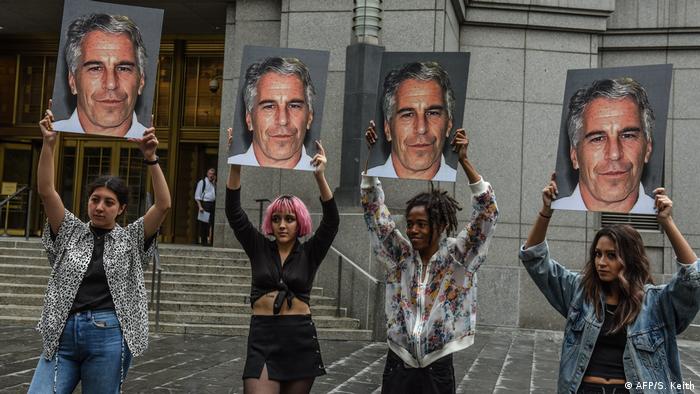 In 2015, a woman claimed that Epstein had forced her, when she was underage, to have sex with Britain's Prince Andrew. Buckingham Palace strenuously denied these allegations.

Epstein, who also counts US President Donald Trump and former President Bill Clinton among his acquaintances, will remain in jail until at least July 15, when a judge has scheduled a bail hearing.

The White House has denied claims by Stormy Daniels that she was threatened to keep quiet about an alleged affair with President Donald Trump. The adult film star has added claims of defamation to her lawsuit. (27.03.2018)

The estranged husband of Hillary Clinton's closest aide admitted in court to sending explicit images to a 15-year-old girl. Some have blamed the scandal for hurting Clinton's presidential poll numbers at a critical time. (19.05.2017)