A New York-based advice columnist has accused US President Donald Trump of sexually assaulting her in a department store. Trump has denied the allegation, calling it "fake news" and saying there was no evidence. 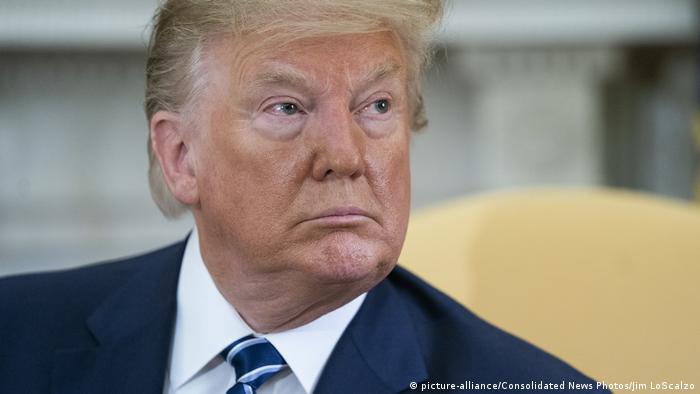 US President Donald Trump on Friday denied an accusation by E. Jean Carroll, an advice columnist for Elle fashion magazine, that he raped her in a department store in the 1990s.

New York Magazine published a first-person account from Carroll in which she describes the encounter with the real estate mogul at a Bergdorf Goodman store in Manhattan in 1995 or 1996. The allegation is also included in her upcoming book about the "hideous men" the 75-year-old columnist has encountered throughout her life.

Carroll alleges that Trump pushed her up against a dressing room wall, pulled down her tights and assaulted her in an episode that lasted about three minutes. She said that she pushed him off in what she described as a "colossal struggle" and ran from the store.

According to Carroll, there were no attendants in the dressing room area and she did not file a police report with the New York Police Department. She said she did, however, tell two journalist friends, both of whom confirmed the accounts to New York Magazine.

In a statement, Trump called the accusation "fake news" and said there was no evidence of the encounter, adding: "I've never met this person in my life."

In the buildup to the 2016 presidential election, more than a dozen women accused Trump of sexual misconduct, allegations the US president denied. While those cases generally involved unwanted groping and kissing, Carroll alleged forced penetration.

The US president has finally condemned domestic violence after one of his aides resigned over related charges. The Trump administration's handling of Rob Porter's resignation has shaken the White House's upper echelons. (15.02.2018)

In a tweet, the US president has questioned whether "due process" still exists after a pair of White House staff resignations. Critics have accused the Trump administration of maintaining a "culture of misogyny." (10.02.2018)