Three 14-year-olds and two 12-year-olds are the main suspects linked to the rape of a woman in the city of Mülheim. The case has sparked a debate about when children should be held criminally responsible in Germany. 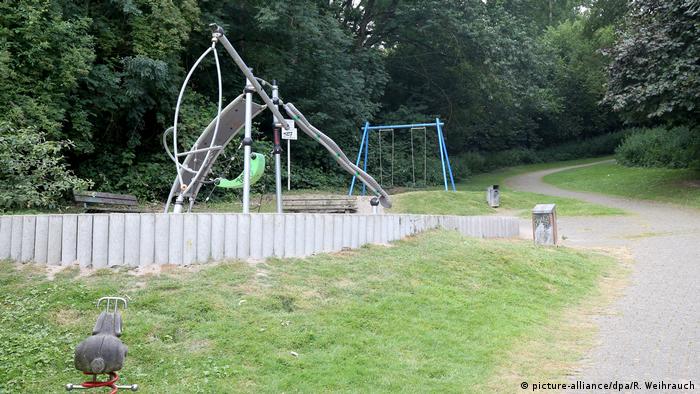 On Monday, prosecutors in Germany's Ruhr region announced that they were holding a 14-year-old in custody on suspicion of rape.

Given the severity of the current charges and two previous reports for sexual harassment, police have imprisoned the boy pre-emptively.

Three 14-year-olds and two 12-year-olds were questioned in the Ruhr city of Mülheim on Friday on suspicion of rape after residents reported a "grave sexual crime" to police. All five suspects are of Bulgarian nationality, German media reported.

"Appropriate measures are being prepared," the regional government in Düsseldorf said on Monday. The authorities cited concerns about fellow students as a reason for detaining the youth.

The five youths are suspected of involvement in the rape of an 18-year-old woman in a wooded area behind a playground in Mülheim on Friday.

Several locals said they'd followed their dog to an area near a playground behind their garden to find two young males and a young woman. 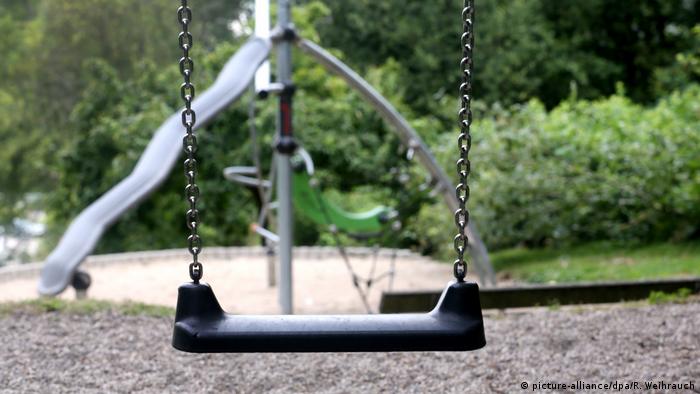 The suspected rape reportedly took place near a playground in Mülheim

"The witnesses reacted perfectly," a spokesperson for the police in the nearby city of Essen said.

Police later discovered that the group consisted of five boys. The woman was treated in a hospital.

The 12-year-olds, who according to German law are too young to be prosecuted, were handed over to their parents. The teenagers were interrogated and spent the night at the station before being released on Saturday. One of the 14-year-olds was later taken into custody on Monday. All five have been suspended from school until the summer vacation begins on July 15.

The case has shocked Germany and sparked a debate about the age of criminal liability and whether the country's rules should be changed.

Under German law, children under the age of 14 are not regarded as criminally responsible. Liability lies instead with their parents, legal guardian or the local youth welfare office.

In light of the Mülheim case, the head of the German police union GdP called for the age to be lowered to 12. Although the 14-year-old in custody was on the radar of local authorities due to two previous sexual harassment cases, he was also let go as a suspect in those crimes because he was below the age of criminal liability at the time of the offenses.

A juvenile prison in Nigeria

Inside a juvenile correction center in Nigeria

The German Judges Association pushed back against the proposal, saying it wouldn't do anything to deter youth crime.

"Equating more criminal law with less crime does not work for the young," association chairman Jens Gnisa told news agency DPA. He added that the current juvenile justice system "has led to a significant decline in juvenile delinquency through the educational mission laid down within it."

The German Child Protection Association's deputy head also firmly opposed lowering the age, saying that youth welfare offices should respond to the individual cases and probe the causes of the child's behavior.

How does Germany compare?

Compared to other countries, the age of criminal responsibility is relatively high in Germany. In England and Wales, liability starts at age 10.

In Scotland, it's age 8, although children can only be taken to court starting when they're 12-years-old.

The situation in the United States is complicated.

For federal crimes, the minimum age is 11, while a majority of the country's 50 states do not have a minimum age of criminal responsibility. This means that theoretically a child of any age could be sentenced criminally, although there are tests run in most cases to determine if a child was aware of what they were doing. Out of the states that do have a cap, the ages range from as low as 7-years-old up to 10-years-old.

An 18-year-old German woman reported the alleged attack, in a hotel room in the northeast of the island, to police. The men were detained at Palma De Mallorca airport as they checked in for their return flight. (05.07.2019)

A German court has ruled three women less than 163 centimeters tall cannot become police officers. Arguments included small officers being hard to see in a crowd, and hips being too narrow to attach all the police tools. (29.06.2018)

Hundreds of police officers have moved to raid apartments and seize property of a Hells Angels' charter in the German state of North Rhine-Westphalia. The Concrete City biker club is said to include "proven criminals." (18.10.2017)