An 18-year-old German woman reported the alleged attack, in a hotel room in the northeast of the island, to police. The men were detained at Palma De Mallorca airport as they checked in for their return flight. 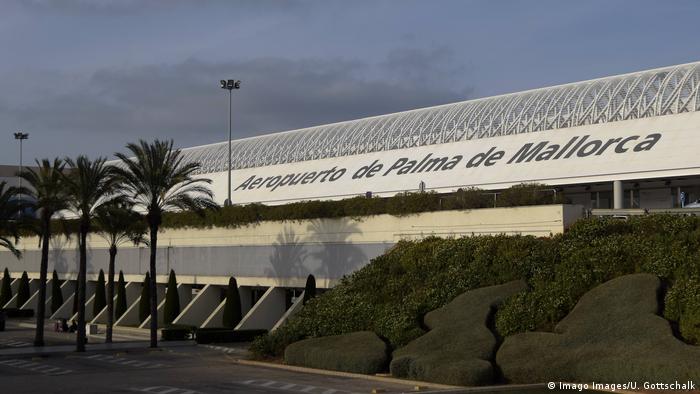 Four German men have been detained on the Spanish holiday island of Mallorca in connection with the alleged gang rape of an 18-year-old woman.

The men were held as they checked in for their return flight at Palma De Mallorca airport on Thursday morning following the attack in the early hours of the same morning.

The victim told police that she had been raped by two of the men in the presence of two others at a hotel in the northeastern resort of Cala Ratjada, 80 kilometers (49 miles) from the island's capital, Palma.

Regional newspapers Diario de Mallorca and Ultima Hora cited police as saying that the woman got to know the men when they were out partying and voluntarily went with them to the hotel room.

Ultima Hora said the victim's testimony described how two of her attackers then pounced on her, and despite her protests, one of them held her hands while the other performed a sex act.

According to media reports, the men filmed the rape on their phones.

After the alleged attack, the young woman immediately went to the police and filed a complaint.

A medical examination found the victim had sustained injuries consistent with a recent sexual assault.

Three of the men were due to appear in court on Friday, accused of gang rape, aiding and abetting, and concealing a crime.

If convicted, they could face up to 15 years' imprisonment.

The fourth man was released without charge on Thursday.

Eleven men have gone on trial in the southern city of Freiburg in the rape of an 18-year-old outside a nightclub. Between now and December, two forensic experts and 50 witnesses are set to testify. (26.06.2019)

Police in Germany's west are investigating a series of brutal gang rapes in the Dusseldorf area. The offenders allegedly lured their victims to hotel rooms and filmed the sexual attacks on their mobile phones. (25.06.2019)