Prince Andrew claims he cooperated with FBI on Epstein investigation

Prince Andrew's lawyers have spoken out against accusations that he evaded questioning by US agents about his late friend and convicted sex offender Jeffrey Epstein. Officials say there's no plan to extradite the prince. 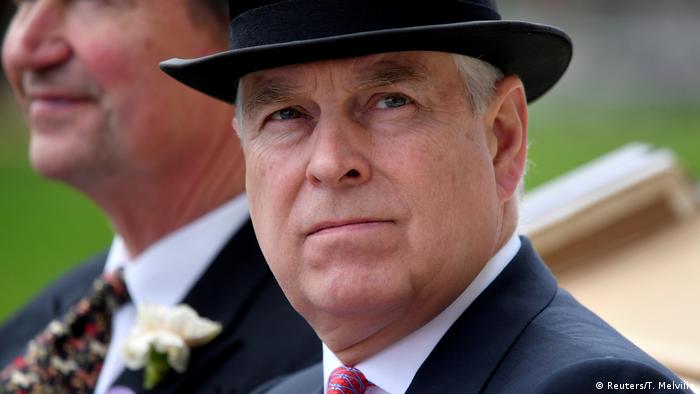 Lawyers representing Britain's Prince Andrew said Monday they received confirmation from the US Department of Justice (DOJ) that the prince is not the target of an investigation into his friend, the late sex offender Jeffrey Epstein.

The law firm Blackfords LLP also announced that Prince Andrew had in fact three times offered to speak to US federal agents regarding the case, despite the fact that US officials previously said Andrew had offered "zero cooperation."

"Importantly, the DOJ advised us that the Duke is not and has not ever been a 'target' of their criminal investigations into Epstein and that they sought his confidential, voluntary cooperation," lawyers said in a statement.

Geoffrey Berman, the US attorney for the Southern District of New York, hit back at the claim, saying that Andrew never offered to cooperate.

"Today, Prince Andrew yet again sought to falsely portray himself to the public as eager and willing to cooperate with an ongoing federal investigaiton into sex trafficking and related offenses committed by Jeffrey Epstein and his associates," Berman said.

Meanwhile, US Attorney General William Barr appeared on US television on Monday, saying there were no plans to extradite Queen Elizabeth's son to the US. 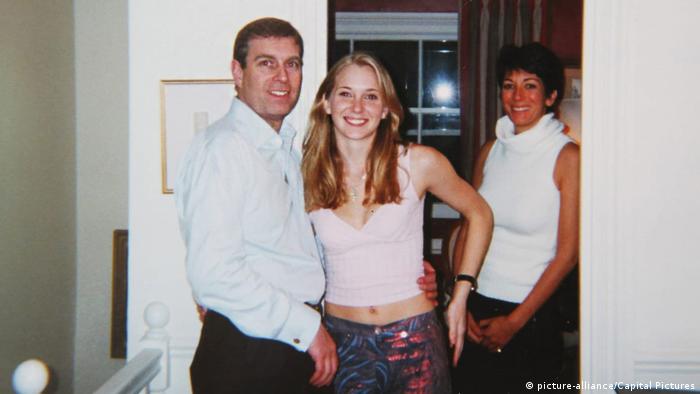 Virginia Roberts Giuffre, who accuses Andrew of having sex with her when she was underage, with Prince Andrew, who says he doesn't remember meeting her

What is Andrew's involvement?

Andrew's friendship with Epstein came to public attention once more in late 2019 when he gave an interview on the topic to the BBC. US investigators reportedly contacted Andrew in January 2020 regarding the Epstein case.

Financier Epstein killed himself in jail in 2019 awaiting trial on sex offense charges. He was previously convicted of sex trafficking and sexual abuse in 2008.

Andrew has denied having sex with a teenager who says she was trafficked by Epstein for the prince. Virginia Roberts Giuffre claims Epstein forced her to have sex with Andrew in 2001.

Andrew's lawyers have also criticized the DOJ for how they have dealt with the media.

"Breaches of confidentiality by the DOJ have given the global media — and therefore, a worldwide audience — an entirely misleading account of our discussions with them.

It remains unclear whether Andrew, who resigned from royal duties following the media backlash, will give evidence to US agents.

UK newspapers and social media commentators have criticized Prince Andrew's efforts to rebut allegations from a woman who said she was trafficked by Jeffrey Epstein and forced to have sex with the prince. (17.11.2019)

Prince Andrew has issued another statement seeking to distance himself from Jeffrey Epstein. The two were close associates for nearly a decade as Epstein allegedly molested and manipulated young girls. (24.08.2019)